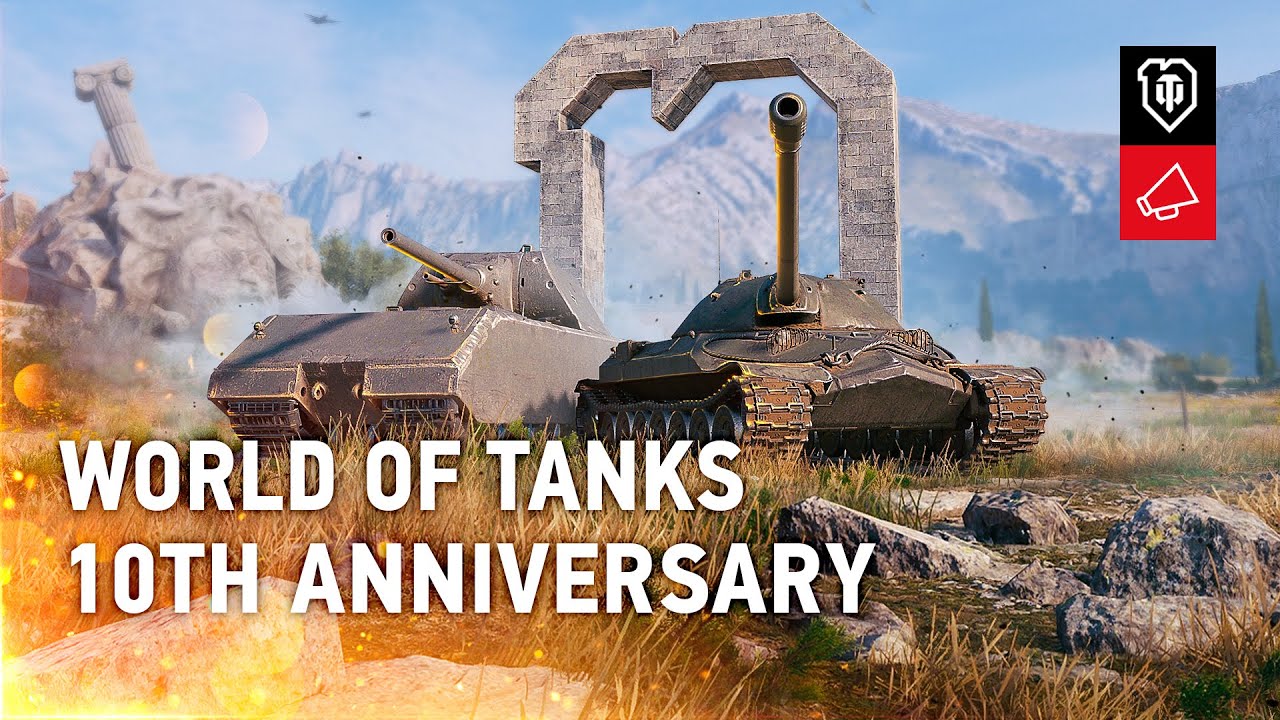 After a decade of entertaining commanders across the world, Wargaming is pleased to announce that World of Tanks is starting the official celebration of its 10th anniversary. Running across four months, the anniversary celebrations will give players a plethora of surprises to get involved in – including several exciting thematic activities, throwbacks and missions, culminating in a big event in August.

Since its inception 10 years ago, World of Tanks has released thousands of features, unleashed hundreds of events, launched 11 nations and 600 vehicles, and garnered over 160 million registered players globally in the process. Thanks to the ardent support of its close-knit community, the game has been recognized in other ways too, with 4 Golden Joystick award wins and a Guinness World Record for the most players simultaneously logged on to an MMO server.

Speaking of the anniversary and the party to come, Max Chuvalov, Publishing Director of World of Tanks said:

‘For the team and I, the past 10 years have allowed us to make more than a successful game – it has seen the formation of one big, global family. On behalf of the World of Tanks team, I want to say a heartfelt thank you to our players over the years. You’ve stuck with us through different stages of the game’s development and helped us to create one of the most impactful MMOs in the gaming history. As a reward, we have prepared a lot of exciting activities and additions, things that will surprise and please you – all in celebration of 10 amazing years. And remember, together, we can continue to create amazing experiences. So, let the party begin!’

World of Tanks will be hosting exciting activities made up of five thematic Acts starting from April 22. These Acts correspond specifically to certain milestones within the game’s history; milestones that left their mark on commanders.

Players will also have the chance to vie for prizes and earn Anniversary Coins that can be exchanged for valuable items and exclusive customizations in the special in-game Anniversary Store. Prizes for completing five acts will include items such as the mind-blowing 3D style for the Т30, the legendary American Tier IX tank destroyer.

The first Act will also herald the return of General Chat. World of Tanks will bring back it for one week between April 22 at 06:30 BST through April 29 at 06:00 BST, and for Random Battles only, allowing players to rediscover the ability to sow mischief in game – by communicating with enemies as well as allies during the battle.

From Time Warps to T30 3D style, special missions, thematic Acts – this will be a birthday to remember,

About World of Tanks
World of Tanks is the first team-based, massively multiplayer online action game dedicated to armored warfare. Throw yourself into the epic tank battles of World War II with gamers all over the world. Your arsenal includes over 600 armored vehicles from 11 nations, carefully detailed with historical accuracy.
Official website: