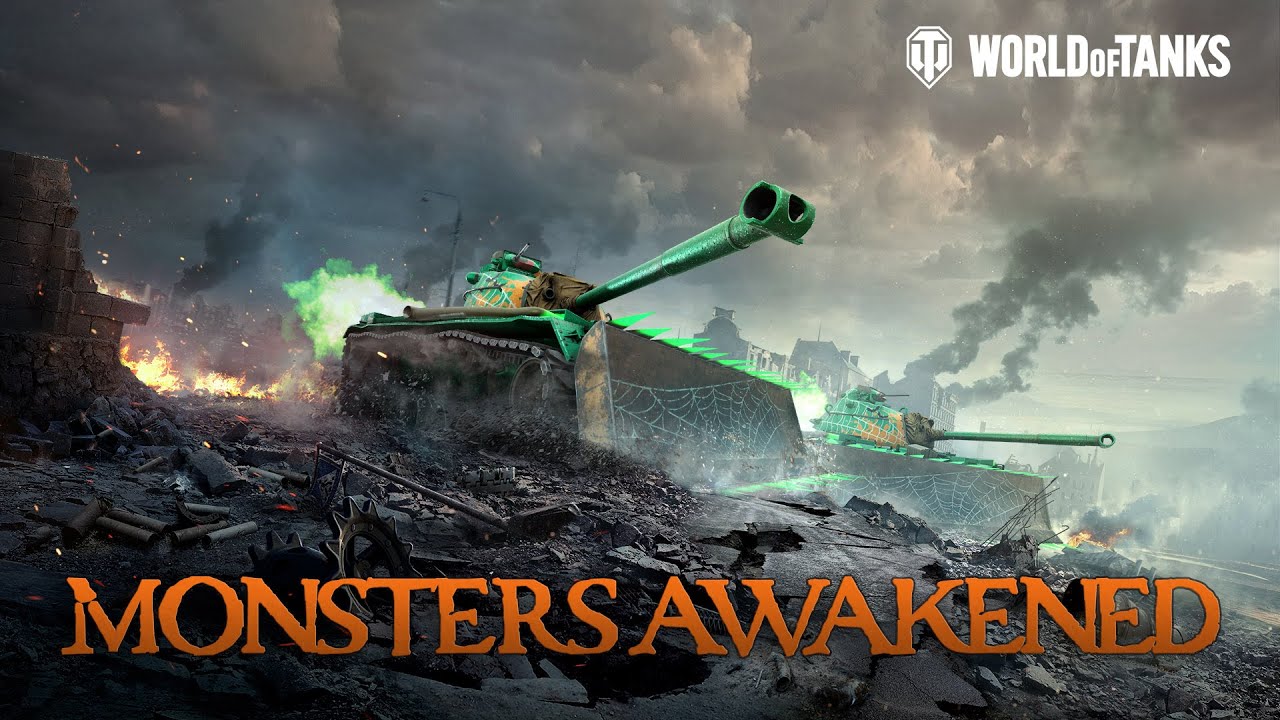 World of Tanks Console will once again raise the dead this Halloween, challenging players to release the beast and wreak havoc across two hair-raising maps, Grim Graveyard and Dead City. Make no bones about it, Monsters Awakened can be experienced across all generations of PlayStation®4 and Xbox One!

Between the 27th of October and the 3rd of November, players have the ability to take the graveyard shift, commanding ferocious tanks with otherworldly abilities. During the event, players who have earned or purchased a Monster Tank at any time will receive an ‘awakened’ version of the famous vehicle – reincarnating their tanks with double health which is a first for this event.

By selecting the event from the main menu, everyone will be able to participate in the blood-curdling gameplay – and those who don’t own a Monster Tank will receive a spin-chilling Spectre tank for the duration of the event. Nobody will escape the ghoulish gameplay of Monsters Awakened!

The 7v7 matches will pit monster on monster, with players required to master a whole host of new supernatural skills. From teleporting across maps through spirit portals to unleashing Atomic Breath on their enemies, this event is not for the faint of heart.

Players will also receive some incredible prizes, too – in the form of an amazing 300% Crew XP Bonus that will allow them to train any nations crew during the event. For those who acquired a Monster Tank through the store, there will also be the chance to earn Monster Drops – yielding Silver, XP Boosters and even points towards current season Levels!

Throughout the duration of the event, ammunition and repairs are free – helping possessed players send their enemies straight to hell. And, when the event comes to an end on the 3rd of November, Awakened Monster Tanks will return to the grave – but the regular Monster Tanks will continue to haunt the world of the living and remain within player Garages.