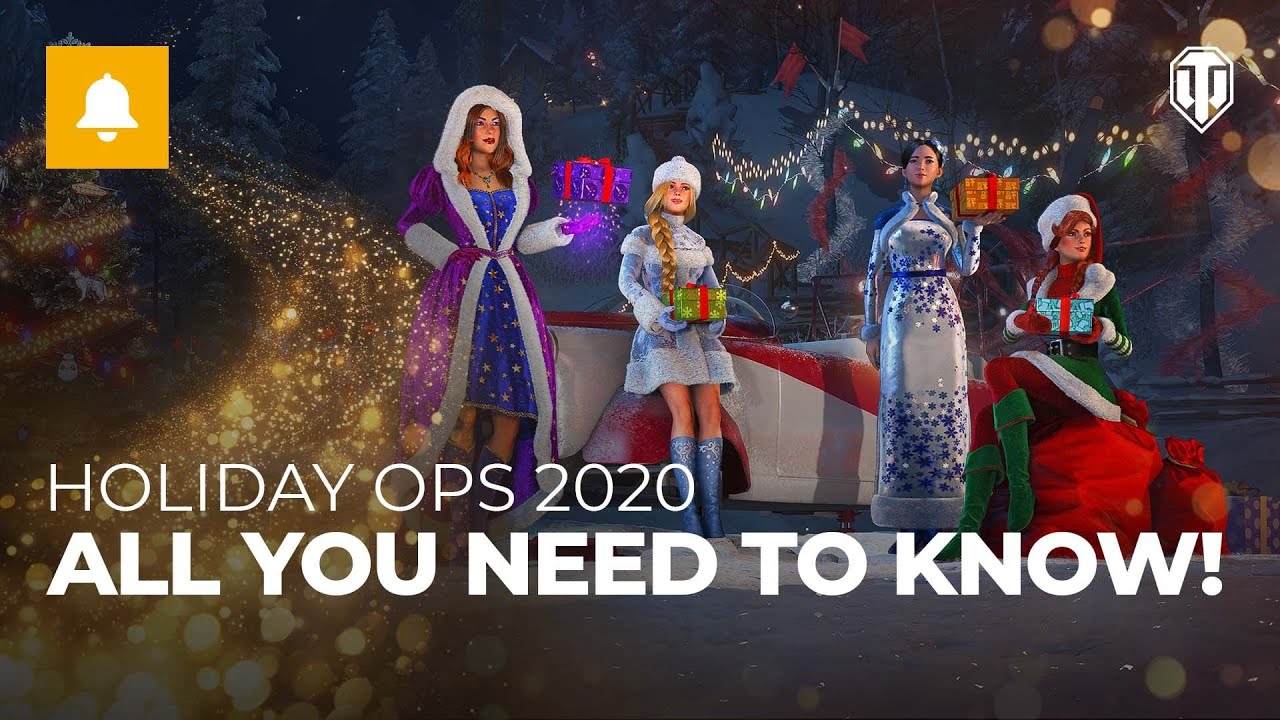 World of Tanks is ready to see in both Christmas and New Year with its biggest in-game event of the year: Holiday Ops 2020. It’s all about baubles and battles. From 13th December to 14th January, players will be able to spruce up a new in-game garage, which is better suited for the upcoming holidays, and earn great rewards. It’s something that would even put a smile on Ebenezer Scrooge’s face.

This new garage features an interactive Christmas tree, a feast, an installation and a yard, all ready to be adorned to your liking. There are more than 300 different decorations to be found and 4 collections to be completed (Christmas, New Year, Magic New Year and Lunar New Year). So, get ready to deck the garage with bundles of decorations, fa-la-la-la-la, la-la-la-la!

Normally at Christmas, only the best behaved get rewards, but not with Holiday Ops; players will receive decorations for causing destruction, creating their own New Year’s firework display and completing special missions in Random Battles. By putting up these ornaments, tankers will increase their Festive Atmosphere and each new level will bring special rewards!

Once players reach level 5 of Festive Atmosphere, they will be introduced to a brand-new Holiday Ops 2020 mechanic: the ability to create their own dream team of vehicles that will earn additional bonuses in battle. The machines chosen will become Holiday Ops vehicles and depending on their class, they will earn extra Battle XP, Free XP or Crew XP. Tankers will initially start with one Holiday Ops vehicle slot at level 5, but with each level increase, a new slot will be unlocked. The Festive Atmosphere level that unlocks a new slot corresponds to the vehicle tier which can be placed there; level 5 is for Tier V vehicles, level 6 for Tier VI, and so on.

There are a lot of festivities going on, but players won’t be doing this alone: they’ll be guided through Holiday Ops 2020 by the Snow Maidens. Every day they will gift players a present that features one random decoration and personal missions for 5x XP. The Snow Maidens will also be rewards for hitting certain levels of Festive Atmosphere so tankers will be able to keep them as crew members for good!

“2019 has been a great year and Holiday Ops is the perfect way to not only end it, but also to kick off 2020,” states Max Chuvalov, World of Tanks Global Publishing Director. “We hope our players love the festive mood we’ve created and the fairy tale nature of the event as we wanted to give them something they’d never forget!”

And there’s even more! The holidays are a time of giving and Holiday Ops is no different. Whether they’ve been naughty or nice, from 13th December each tanker will get a special present that contains the Tier II French Premium light tank, the F42 AMR, 3 decoration boxes and one Charge (a special item that can be used during Holiday Ops). Thanks, Santa!