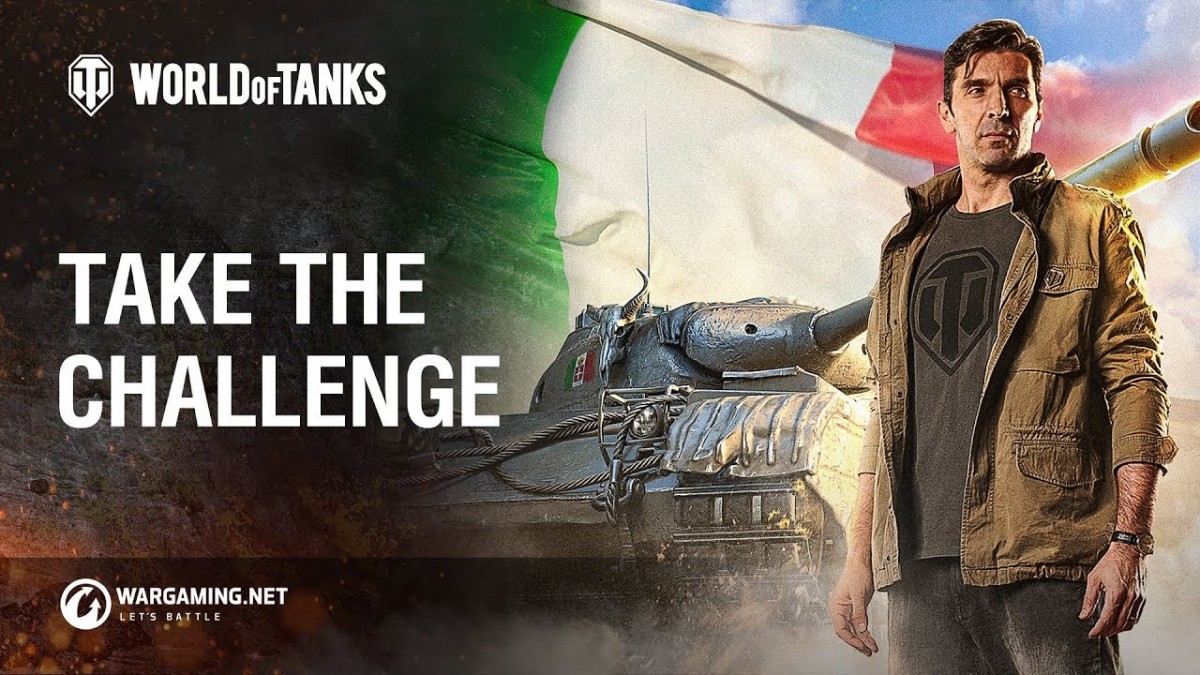 The legendary Italian goalkeeper Gianluigi Buffon has teamed up with World of Tanks PC for a match made in heaven. Gigi’s suited up and ready to bring a pack of new Italian tanks boasting the never-before-seen auto-reloader mechanic to World of Tanks’ battlefields. Never one to miss out on a good match, players will be able to even recruit Buffon to captain their Italian tanks.

“There’re always new challenges ready to knock you down, but your teammates are here to back you up. And having a few tanks at your command makes life a little easier,” said Gianluigi Buffon. “If you think you’re up for it, then join me in World of Tanks!”

“World of Tanks and football may seem a bit of an odd pairing—but trust me, it’s not,” said Anton Pankov, World of Tanks Publishing Director. “Whether you’re 15 vs 15 in our game or 11 vs 11 in football, it’s all about teamwork. You need a good head on your shoulders because the right strategy and tactics are crucial to securing victory. It’s this core that makes teaming up with the legendary Buffon a natural fit in celebrating Italian tanks.”

11 new Italian vehicles are fresh from the proving grounds and ready to make a name for themselves. Starting the tree are compact, lightly armored, and mobile low-tier tanks that will let players run rings around the opposition; mid-tier vehicles ramp up the firepower and offer better protection when slugging it out with enemies.

At the dizzying heights of Tier VIII and higher, the big boys come out to play with their futuristic post-WWII designs. Here, players will get their hands on the unique autoreloader mechanic that lets them choose from two different playstyles: go full Rambo and fill foes full of lead before heading for cover; or take things slow and pop off shots while saving those crucial rounds for later.
The autoreloader is all about reacting to your situation more than ever before. Players will be on the hunt for close and mid-range confrontations where autoreloading tanks can unleash rapid rounds to send foes packing.

World of Tanks is a team-based massively multiplayer online action game dedicated to armored warfare of the mid-20th century. Throw yourself into the epic tank battles of World War II with other steel cowboys all over the world. Your arsenal includes over 550 armored vehicles from the United States, Germany, the Soviet Union, France, Great Britain, Japan, China, Sweden and Czechoslovakia carefully detailed with historical accuracy.

Wargaming is an award-winning online game developer and publisher headquartered in Nicosia, Cyprus. Founded in 1998, Wargaming has grown to become one of the leaders in the gaming industry with 4500+ employees and more than 20 offices globally. Over 200 million players enjoy Wargaming’s titles across all major gaming platforms. Their flagship products include the massively popular free-to-play hit World of Tanks and the strategic naval action game World of Warships.

Wargaming focuses on external partnerships with established and indie developers across PC and console through the company’s third-party publishing unit, Wargaming Alliance. Wargaming Mobile, a unit dedicated to capitalizing on the mobile market, is actively forging new collaborations to deliver new and engaging on-the-go experiences.