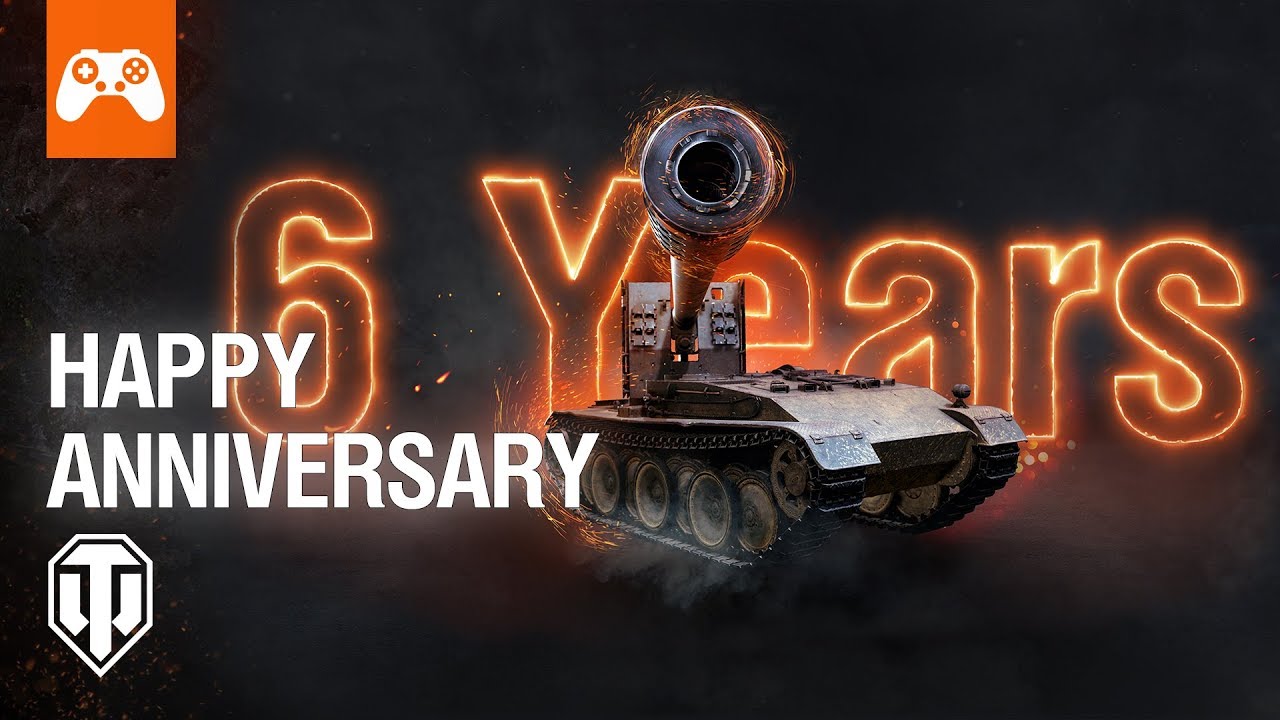 Six years ago, World of Tanks made its console debut on Xbox 360, creating the international multiplayer spectacular so many know and play today. Six years on, World of Tanks: Mercenaries is available on PlayStation®4, Xbox One, and the Xbox 360 – and remains one of the most popular free-to-play console games worldwide and one of the longest running MMOs on console. Having quadrupled its numbers in tanks, nations and maps, Wargaming is celebrating with a proud global family of more than 20 million commanders! To celebrate these milestones, as well as the 6th Anniversary, an abundance of mega specials, updates, discounts, and even an exclusive gift tank are waiting!

From February 12th-21st, commanders will have the chance to claim a free Xbox ONE X customized by the development team during a mega giveaway on our social media channels (Facebook, Twitter, VK)!

Besides the load of in-game content, from bundles to various specials and discounts, multiplayer commanders will be able to take ownership and go to combat with the Ironclad T-29 after playing just one game! This event exclusive tank is a special gift from the development team at Wargaming West in Chicago for over 20 million commanders who have supported and played World of Tanks: Mercenaries since its launch six years ago.

The Ironclad-T29 is a Tier III Medium with a deadly high damage gun. Not to mention its good mobility and weight, making it quite the rammer on the battlefield. Furthermore, every tanker can enjoy the dedicated Anniversary decorated garage for the next few weeks.

In addition, the most skilled commanders can anticipate a battle unlike any before – Clan Wars is back – and better than ever. This epic challenge will take the strongest Mercenaries Clans and bring them together to battle it out against each other for mega prizes of earned gold and higher rankings.

As another special gift, all players will get special Valentine’s Day Ops to treat their crew to something nice, as well as the new edition of Warchests that comes with a 6% Anniversary bonus – increasing each players chances of scoring big.

About World of Tanks: Mercenaries
World of Tanks: Mercenaries is a team-based massively multiplayer online action game dedicated to armored combat, created by Wargaming West in Chicago, USA. Players immerse themselves in fierce 15-v-15 tank combat with opponents from around the world, and can fight it out on more than 110 different maps, and take command of their preferred vehicle out of over 740 tanks from 12 different nations. For the first time in the history of the World of Tanks series, a new Mercenaries line allows players to forsake nationalities and take the wheel on a new range of powerful tanks, exclusive to the console experience.

World of Tanks: Mercenaries is played by more than 20 million players worldwide and is available on all generations of PlayStation®4, Xbox One, and Xbox 360. World of Tanks: Mercenaries can be downloaded for free by all PlayStation Network and Xbox Live account holders, with stunning 4K resolution and HDR support on PlayStation®4 Pro and Xbox One X. The epic, story-driven campaign mode War Stories can also be played for free, with regular episodic stories giving players the chance to rewrite history in immersive single-player and co-operative battles.