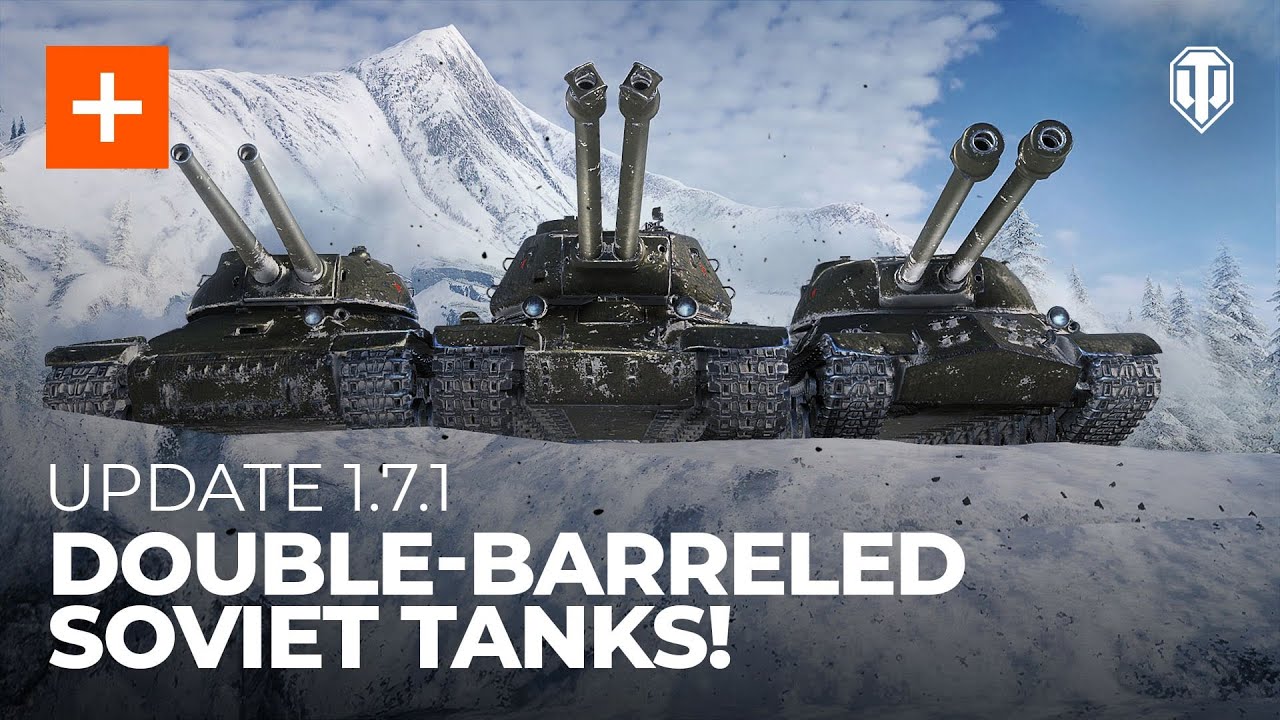 World of Tanks welcomes the first update of 2020: 1.7.1. The new version features, among other things, a trio of heavies brandishing a couple of large-caliber guns each. Here’s what you need to know before rushing to research them to take these formidable armored vehicles for a spin.

The double-barreled newcomers are all Soviet, sitting at Tiers VIII, IX, and X in an all-new branch stemming from the KV-3 at Tier VII. They are capable of firing their twin guns consecutively or in thundering salvos (the latter requiring some time to prepare).

The first in this new line of heavies is the IS-2-II. Those tankers who found an Object 703 II in their New Year Boxes should feel right at home with the IS-2-II as they handle similarly. However, the new, researchable Tier VIII gunslinger will forsake some of its one-time damage for a faster reload time.

At Tier IX, players will be introduced to the IS-3-II and its firm handshake, one capable of dealing 390 points of damage in a single shot. And finally, at Tier X they will tame the ST-II. It’s much like the ST-I already present in the game: it’s as well-armored and utilizes the same 122-mm gun that’s able to inflict 440 points of damage with a standard round. The difference is, the ST-II brings two of these guns to a fight.

“The concept of double-barreled tanks haunted many a tank engineer,” says Max Chuvalov, World of Tanks Publishing Director at Wargaming. “But due to various reasons no such project has ever been brought to life. Yet in our game you can ride these monsters into battle looking just as they would have come to be.”

Besides the two-barreled Soviet heavies, Update 1.7.1 offers tankers a very useful tool: the Demount Kit. It allows players to demount equipment from a vehicle without any Gold cost. And for those who like making their tanks look stunning, they will have access to several new 3D styles.