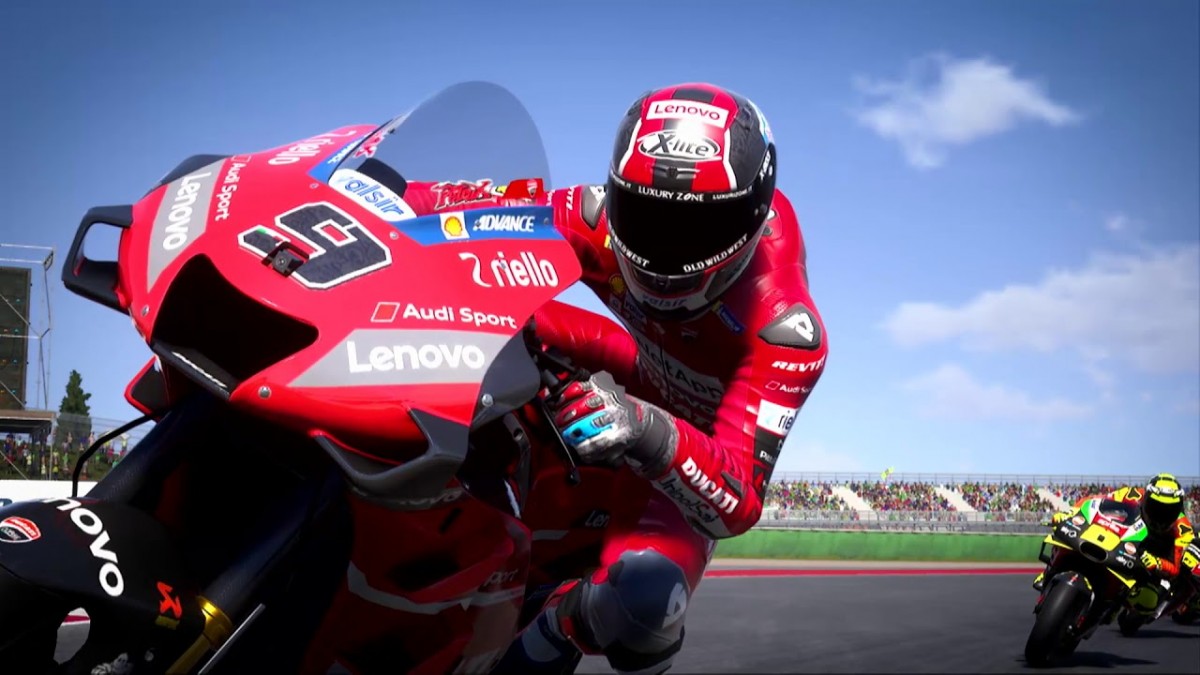 With the Final Draft complete, the 2019 MotoGP™ eSport Championship heads toward its defining stage. The Global Series is upon us and the fastest gamers from around the world have chosen their teams for the three-round Championship.

12 successful players that graduated from the European and Rest of the World Selections had to post the fastest time around Qatar’s Losail International Circuit aboard Fabio Quartararo’s Petronas Yamaha SRT M1 in the Final Draft, a challenge that defined which player will contest the Global Series for which of the current MotoGP™ teams.

Using the PC, the 12 gamers from a mixture of countries such as Spain, Italy, Belgium, Indonesia, Brazil and Australia had four days to set the fastest time. The quickest rider had first pick of the MotoGP™ Team he wished to represent in the Global Series. The second fastest has the second pick, and so on.

The exception to that rule was the reigning MotoGP eSport World Champion, Trastevere73. The current holder of the championship crown was allowed to pick first, and the Italian duly chose the Monster Energy Yamaha Team. As a two-time winner of the eSport Championship, he will begin the Global Series as a firm favorite.

He will, however, have notable competition from AdrianDP_26, who posted the fastest time in the Final Draft. As a player who enjoys sweet handling machinery, last year’s finalist had the second choice of teams and went with Team Suzuki ECSTAR. He will thus contest the three rounds aboard the factory’s highly competitive GSX-RR, winner of Sunday’s British Grand Prix at Silverstone.

The 2018 runner up EleGhosT555 showed he would be in contention for the podium places once again as he set the second fastest time. A gamer who counts reigning MotoGP™ World Champion Marc Marquez among his favourite riders, the student from Jerez, Spain has put his faith in the #93’s Repsol Honda Team for his own assault on the Global Series.

It should come as no surprise that AndrewZH, from Bologna, the home of Italy’s most famous motorcycle factory, should choose the Ducati Team for the six upcoming races. The student believes the Desmosedici GP19 of Andrea Dovizioso and Danilo Petrucci will be a weapon capable of taking him to MotoGP™ eSport glory.

Juan_nh16 was another Spaniard who impressed during the Pro Draft Stage of the tournament to the extent he had dibs on the Red Bull KTM Factory Racing squad for the three-race showpiece. Cristianmm17 followed his brother and pace seater AdrianDP_26 in choosing Team Suzuki ECSTAR’s GSX-RR for the Global Series.

XxBoMbeR_45xX decided the Petronas Yamaha SRT, which has claimed three pole positions in the 2019 MotoGP™ World Championship, would allow him to pull off a shock in the Global Series. Likewise the Brazilian Mereja saw Jack Miller’s Pramac Racing Ducati as a fine bet to challenge the established names of the championship.

Belgium’s Wimp has opted for the ever-improving Red Bull KTM Factory Racing package while Rllorca will be hoping his own fortunes do not reflect those endured by his chosen team, Aprilia Racing Team Gresini, in this year’s tough championship. Australian’s MrTftw will start the three-race series as an outsider aboard the Reale Avintia Ducati.

The first round of the Global Series gets underway at Misano on Friday, 13th September with the main event starting at 7:30pm. Gamers will pit their skills around Mugello and Austria circuits.

The next round takes place at Aragon before the 2019 MotoGP™ eSport Championship concludes at Valencia in mid-November.