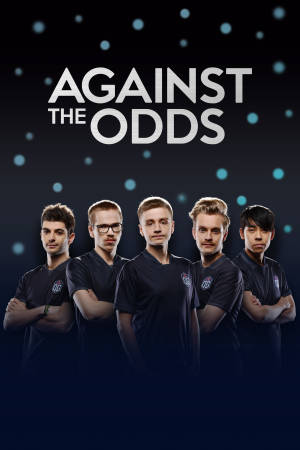 A new esports documentary, AGAINST THE ODDS is available exclusively on Red Bull TV. The feature-length film follows the inspirational story of Dota 2 team Team OG, an unlikely group of gamers who become legends by winning the biggest prize in esports at the The International 2018, taking home over $11 million.

Created by Emmy Award-winning Red Bull Media House, 705 Hollywood and Ten100, the film will act as a precursor to The International 2019 which kicked off this month and looks to offer a $31 million prize pool, surpassing the Fornite World Cup, where Team OG will be looking to retain their crown.

Watch the documentary ( 1 hour and 20 minutes) at:

Two months before The International tournament in 2018, Team OG found themselves a team in tatters. Their co-founder and captain had left to join a rival team. Another key player had followed. Another had quit the game due to mental stress, and they had lost their place at the table of The International. What followed became one of the most talked-about moments in esports history and an underdog story for the ages. AGAINST THE ODDS follows the journey of five players and a coach, who defied all of the odds and made not only esports history, but one of the most compelling comebacks in competitive sports. The film offers a unique insight into the experiences of Johan “N0tail” Sundstein, Sébastien “7ckngMad” Debs, Jesse “JerAx” Vainikka, Anathan “ana” Pham, Topias “Topson” Taavitsainen, and coach Cristian “ppasarel” Banasean as they battle to be crowned the best Dota 2 team in the world. “The astonishing tale of Team OG’s road to the International 2018 is one that goes beyond competitive gaming and tells a Cinderella story that has universal appeal,” said GrizzlyMug, Director. “Against the Odds lifts the curtain on the dedication and drama behind the scenes of the biggest esports tournament and offers an unparalleled insight into one of the most riveting journeys esports has ever seen.”

Red Bull started signing esports athletes in 2006 and now works with over 49 athletes and or teams around the world and across multiple games from Smash Bros and FIFA to Dota 2. Dota 2 broadcast legends Owen “ODPixel” Davies and Jorien “Sheever” van der Heijden also provided their expertees as contributors to the documentary. Red Bull Media House is best known for films that inspire and entertain with ‘beyond the ordinary’ stories such as travelling surfer, Frank Solomon, in Lets Be Frank, a documentary that won a Sports Emmy Award in 2017, and ultra-endurance pro mountain biker Rebecca Rusch in Blood Road, a tale that captured Rebecca cycling 1,930km along the Ho Chi Minh trail through the jungles of Vietnam on a quest to find her military father’s final resting place, which won a News & Documentary Emmy Award in 2018.