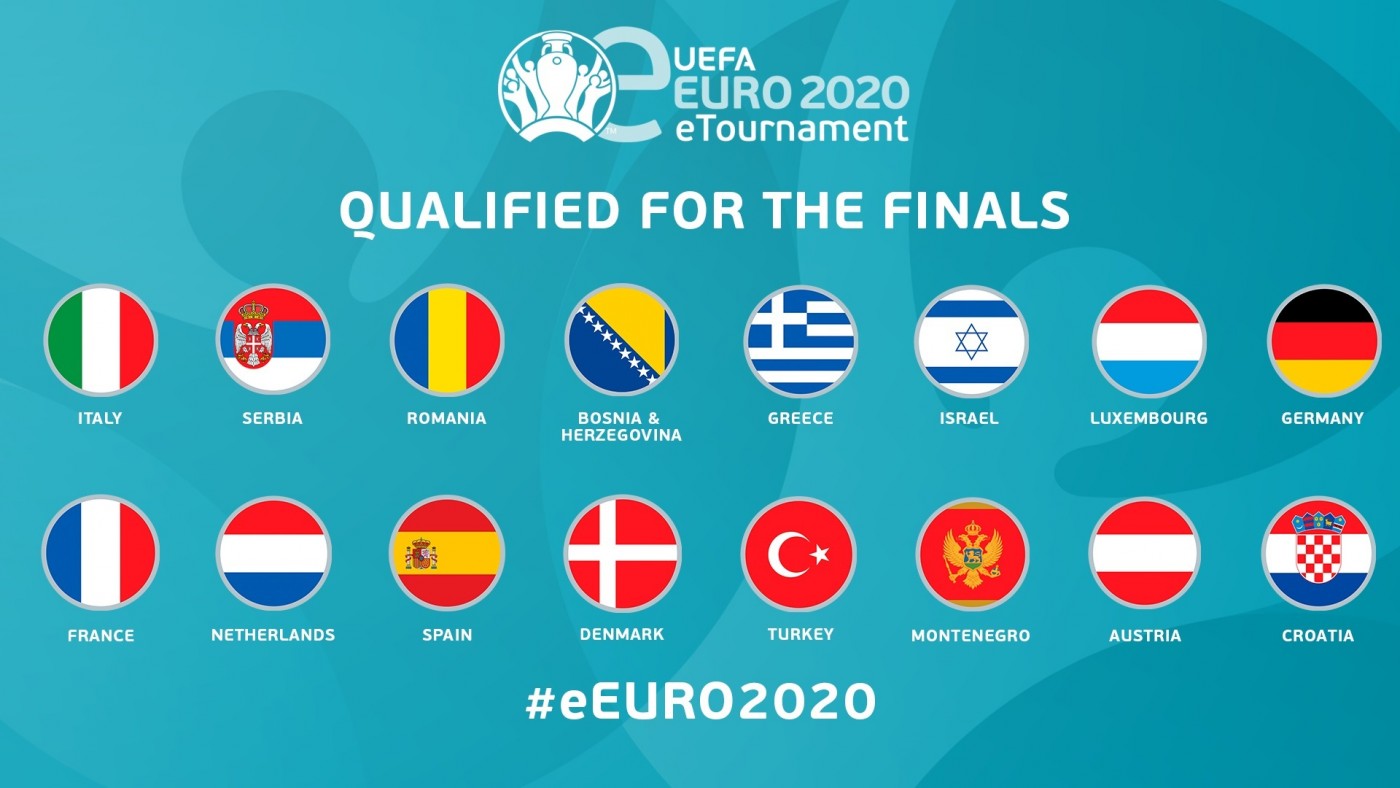 The eEURO 2020 final tournament gets under way this weekend, with 16 teams battling it out to be crowned champions of Europe and matches screened on UEFA’s YouTube channel.

Sixteen teams will be competing on 23 and 24 May to see who will become eEURO 2020 champions. The competition is the biggest ever efootball competition for national teams. Contenders from all 55 UEFA member associations have taken part, competing exclusively on Konami’s efootball PES 2020 on PlayStation 4. 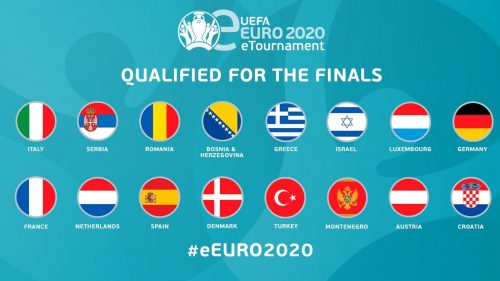 “This tournament has given efootball enthusiasts the chance to dream of representing their country on the biggest stage and we have witnessed memorable moments over the last few months,” said UEFA Events SA marketing director Guy-Laurent Epstein.

“We have seen a massive growth in the popularity of efootball over the past few years and eEURO 2020 is giving us the opportunity to connect with new and existing fans of national team football. The success of the tournament speaks for itself, with over five million people having watched competition footage across UEFA’s platforms.”

The competition has proved popular with fans across Europe. During April’s play-offs, tens of thousands of Lithuania supporters tuned in to watch their team in action. Disappointingly for them, Lithuania did not make it into the final tournament. Meanwhile, for many of the gamers, the competition has enabled them to fulfil life-long ambitions of representing their countries in a major international event.

“Representing Spain is the biggest honor a player can have. It is an amazing feeling to wear the national jersey and be part of the national team,” said Alex Alguacil, who also represents FC Bayern München’s efootball team at club level. “It was impossible to believe just a few years ago when I started to compete on PES that one day I would represent my country in a competition as large as eEURO 2020. It has been a dream come true.”

With major leagues around Europe having been shut down as a result of COVID-19, the eEURO has helped to fill a void by providing football fans with some much -needed live action.

“The eEURO provided all PES fans, as well as football fans, with some entertainment when everything else was cancelled,” said Croatia’s Andrej Šporčić. “The whole Croatian PES community watched our matches, and even those who didn’t watch efootball as much were asking for match uploads and really wanted to watch our matches.”

How will the final tournament work?

The 16 teams have been drawn into four groups of four, with the top two from each advancing to the quarter-finals. Selected encounters will be broadcast on UEFA’s YouTube channel, with matches starting on Saturday at 13:45CET and on Sunday at 10:45CET. The teams in each group will play each other in a dual tournament bracket format (double elimination without a grand final). The top two teams in each group will progress to an eight-team single elimination bracket.

How did qualifying work?

The draw took place in January to divide the competing national teams into ten groups for the qualifying phase, which ran from 9 to 30 March.

Each team played two matches (1v1) against the other countries in the same group. The points from both matches were added to the group table.

The ten group winners qualified directly for the final tournament. The ten runners-up competed in a play-off tournament to determine the other six finalists.