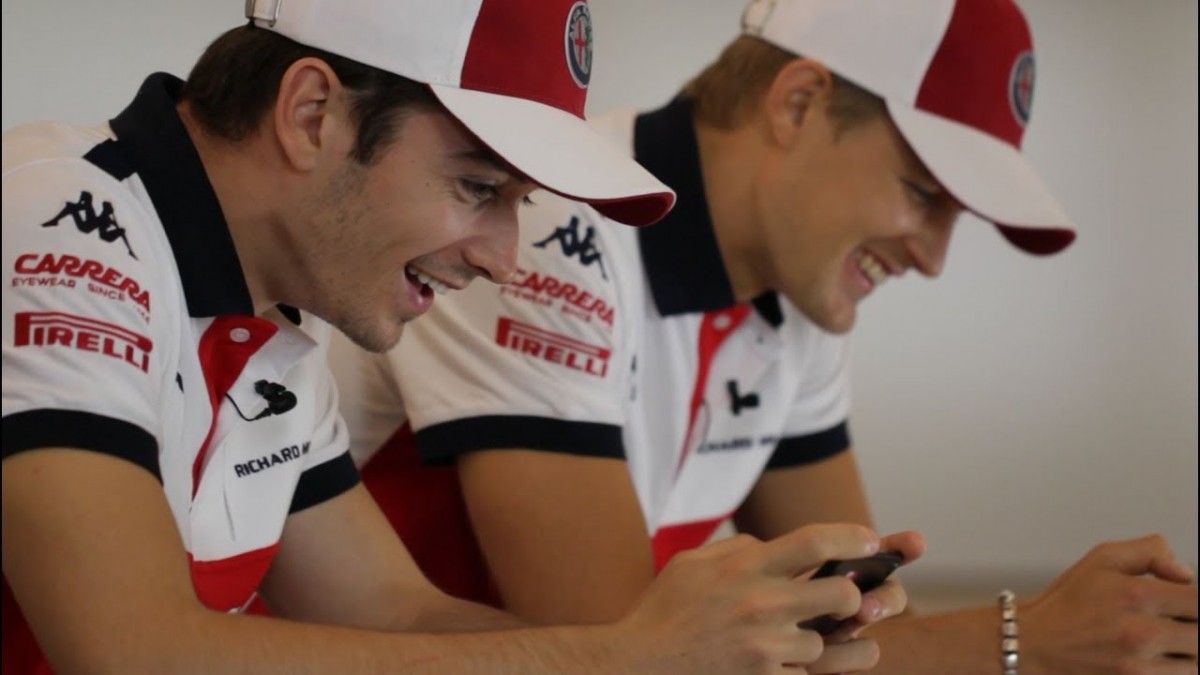 Codemasters  revealed a new video feature for F1 Mobile Racing, its latest free-to-play mobile title, in which the Sauber F1 Team 2018 driver line-up of Charles Leclerc and Marcus Ericsson put the game through its paces.

Following on from Red Bull Racing’s Max Verstappen and Toro Rosso’s Pierre Gasly taking each other on in F1® Mobile Racing earlier this year, Codemasters® visited the Sauber HQ in Switzerland to let two more of motorsport’s finest check out the game.

“The graphics are very impressive, and the tracks are done very well also,” said Leclerc, as he duelled with his team-mate, whilst Ericsson was equally complimentary. “It’s very nice. The tracks are done so well. It’s really cool that you can customize things, and I think that adds a lot to the game.” Charles and Marcus jumped into Duel mode, in which players race against each other in fast-paced events to win rewards and progress through the game.

Free to download and play now, F1® Mobile Racing gives you the control to create your own F1® car complete with color scheme, livery and performance upgrades or use the official cars of the 2018 FIA Formula One World Championship™. You can then race your car against official F1® teams and other racers, in real time, around the official circuits. You can also take on other players online in one-on-one races to move your way up the global Leagues, complete countless Challenges, and create single-player scenarios to race in.

F1® Mobile Racing is a live, evolving title with new content being added regularly post-launch. This will include the addition of 2019 FIA Formula One World Championship™ content next year.

F1® Mobile Racing is available now on both iOS from the App Store, and on over 200 Android devices via the Google Play Store.