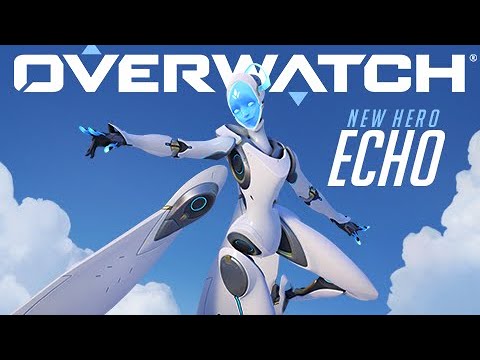 Overwatch’s latest Hero is live, as well as a new Competitive Mode in the Arcade.

Load additional skill modules and play Echo, the new multirole evolutionary robot Damage Hero, on PC, Xbox One, PS4, and Nintendo Switch! Check out her abilities and assets below, and visit her Hero page to learn more: https://playoverwatch.com/heroes/echo/