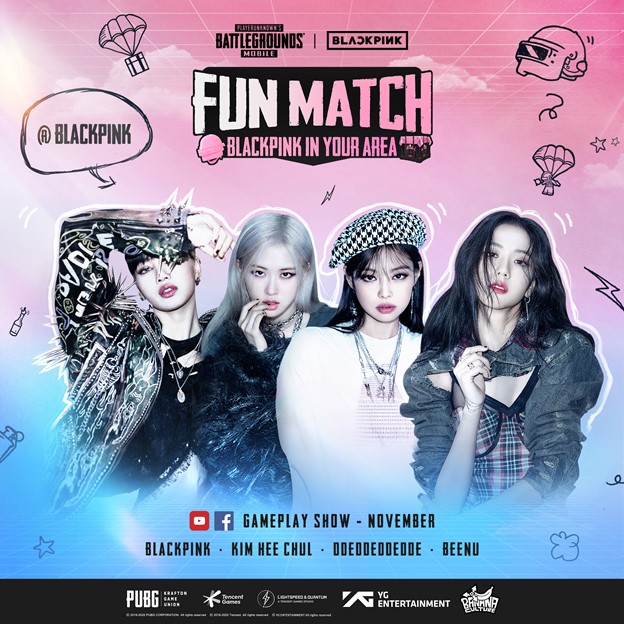 One month ago world-renowned K-pop group BLACKPINK took PUBG MOBILE by storm with an unprecedented in-game collaboration, leading up to the release of the group’s latest record “The Album.” As announced by PUBG MOBILE’s official channel, more “FUN” is adding to the collaboration as BLACKPINK members are joining a “FUN MATCH” Gameplay Show to play PUBG MOBILE. At 13:00 (UTC+0) on Friday, Nov. 13, PUBG MOBILE players and BLINKS can watch the exclusive event in-game. At 14:00 (UTC+0) on the same date, the “FUN MATCH” will also be broadcasted via PUBG MOBILE’s official Facebook and YouTube channels. 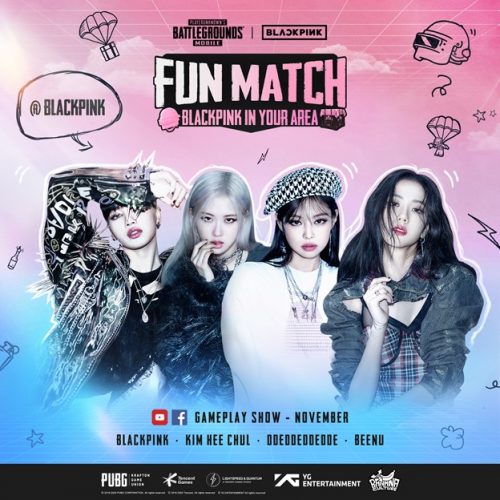 During the “Fun Match” broadcast, BLACKPINK members will drop into the action and squad up for an exclusive match in the new Erangel map of PUBG MOBILE, alongside popular South Korean gaming influencers DDEDDEDDEDDE and BEENU. The well-known singer from K-pop boy group Super Junior and avid gamer Kim Hee Chul is set to be the MC for the show. Fans can expect to experience a different side of BLACKPINK’s charm when they are playing PUBG MOBILE and receive surprise from the group during the event.