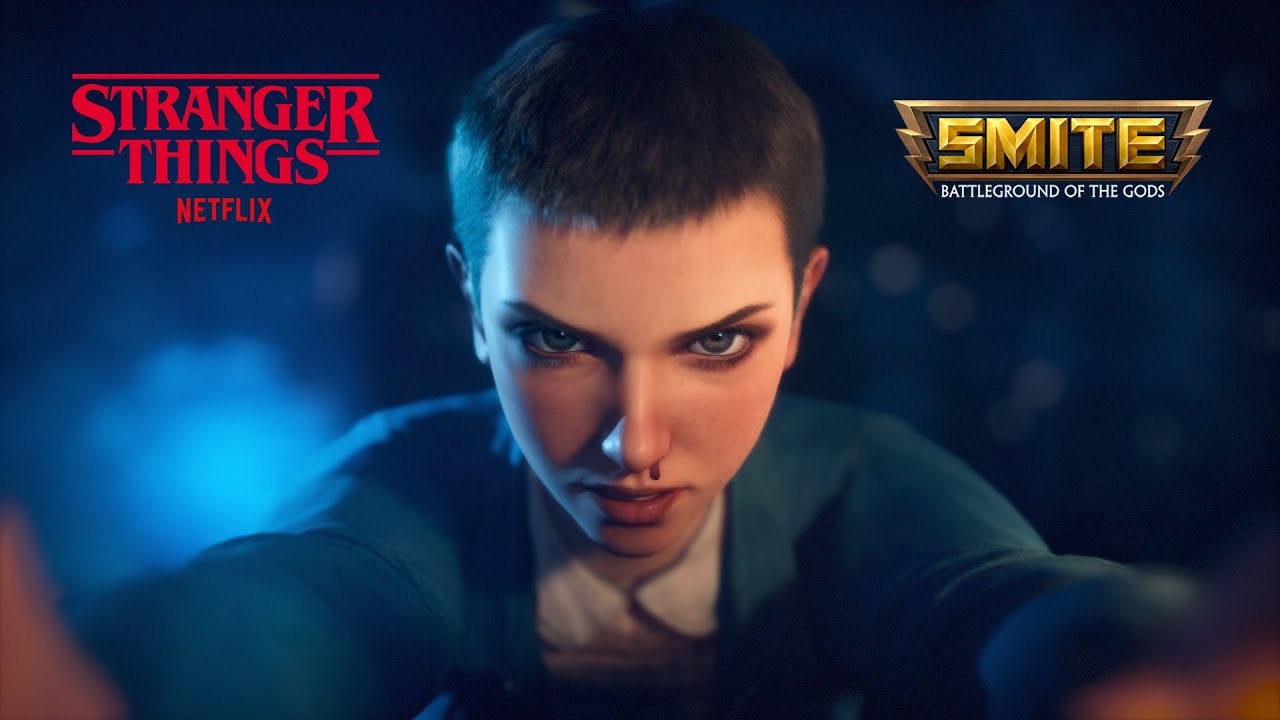 SMITE, the Mid-Season Update is the biggest one of the year and introduces several major beats simultaneously.

Everyone can enjoy this batch of new content on PC, PS4, PS5, Xbox One, Xbox One X & S, and Nintendo Switch. With Crossplay, friends from different platforms can play together.

Four heroes and monsters from the Netflix Series, Stranger Things, are now playable in SMITE and will face off against Gods of ancient mythology.

With the Stranger Things Battle Pass, SMITE players can wield the psychokinetic powers of Eleven and the dual revolvers of Hawkins Police Chief Hopper. Two unspeakable Upside Down creatures are also playable: the blood-curdling Demogorgon and the monstrous Mind Flayer.

Each skin is essentially a new character with brand new models, animations, and visual effects. With an additional Prestige skin for both Eleven and Hopper, six skins are available in total.

Players can also unlock dozens of thematic items – including some for free – as they progress through the Stranger Things Battle Pass. Purchasing the Battle Pass gives access to all the content and instantly unlocks Hopper.

The Arena Map has turned Upside Down! The dreadful alternate dimension of Stranger Things has altered the most popular mode of the Battleground of the Gods.

Both the gameplay experience and the atmosphere have just been refreshed in Conquest, SMITE’s most competitive mode.

This is the second change of the year in the Evolving Conquest Map program.

Players are getting a slew of Design and Balance updates in the Mid-Season Update.

The most innovative is the removal of a staple item in SMITE: boots. This opens up a wider array of viable choices in all game modes, with the first levels automatically granting Movement Speed.

Designers also focused on updating underutilized Relics and added a new one for Supports: the Bracer of Radiance. Sure to shake things up, many items and Gods that have fallen out of favor have been updated at their core or completely reworked.

The Mid-Season Update is a fresh start for all SMITE players. The new best combinations are waiting to be discovered and a new Ranked Split begins.

It showcases more new God skins to unlock and includes several quest lines, with some accessible for free. Quests reward players with currency and cosmetic items.