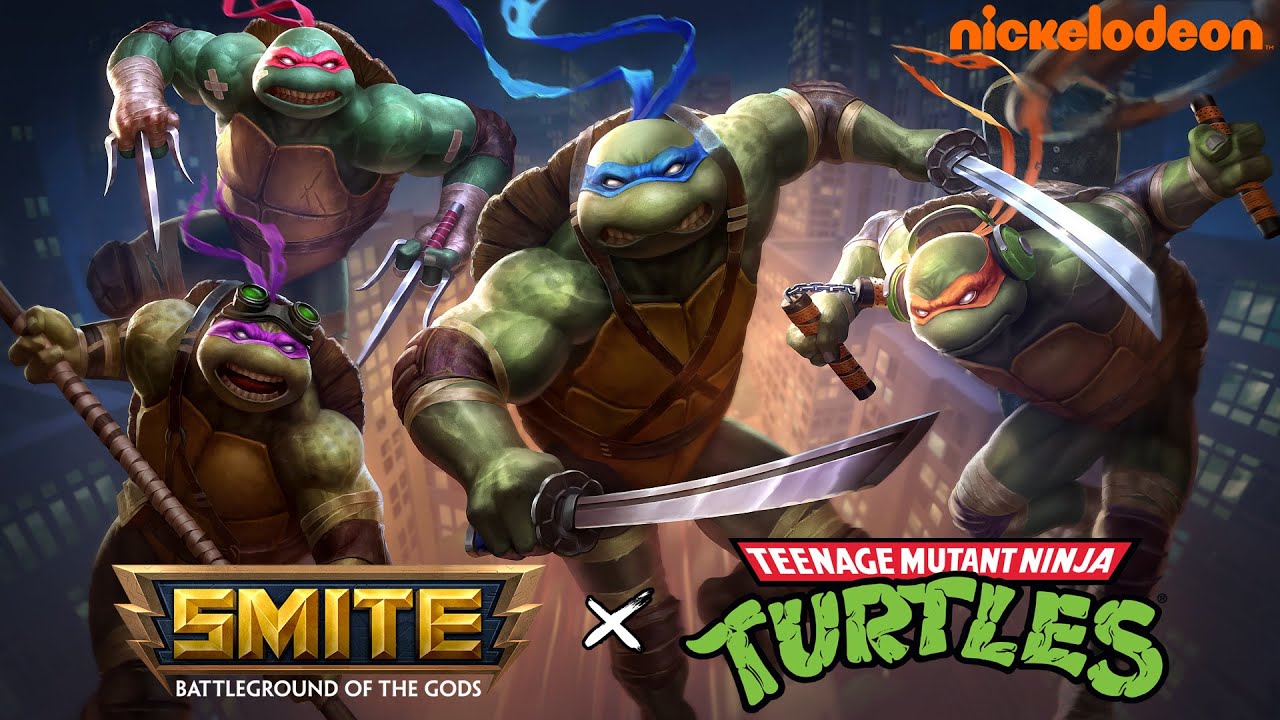 “Nickelodeon’s Teenage Mutant Ninja Turtles are a global, cross-generational classic and bringing them to SMITE is a thrill for us,” says Alex Cantatore, Hi-Rez Studios Brand Director of Live Games. “SMITE is all about blending diverse mythologies and fictional universes, in a way no other game can. You can play as Zeus, Bob Ross, or Cthulhu and you can fight King Arthur or Avatar Aang—and now we’re adding the Teenage Mutant Ninja Turtles to the Battleground.”

All four iconic Turtles will be available as skins for existing SMITE gods in the all-new Teenage Mutant Ninja Turtles Battle Pass.

Players will be able to wield the swords of the Turtles’ leader, Leonardo, with an all-new Osiris skin unlocked immediately upon purchasing the Battle Pass. Then, just by playing SMITE, purchasers will unlock Raphael Loki, Michelangelo Mercury, and Donatello Sun Wukong — complete with the Turtles’ legendary gadgets.

“A few Teenage Mutant Ninja Turtles superfans at the studio pushed these skins to be something well beyond what we traditionally think of as ‘skins,’” said Travis Brown, Executive Producer of SMITE. “We’ve created all-new models, rigging, animations, and effects to really bring the Turtles into the Battleground of the Gods. They may use the abilities of existing SMITE gods, but they’re essentially all-new characters.”

The Teenage Mutant Ninja Turtle Battle Pass is chock full of content for dedicated fans of the series, including a Mouser ward skin and a global emote for whenever you want to say “Cowabunga!” For the most hardcore of fans, bonus prestige skins in the Battle Pass feature a unique 80’s cartoon-inspired look for all four Turtles.

Players will also be able to become the Turtles’ master, Splinter, or their arch-rival Shredder through this crossover event. Splinter Hachiman and Shredder Ravana skins will be available as separate purchases.

SMITE’s unique blend of third-person action combat and Multiplayer Online Battle Arena (MOBA) strategy has attracted more than 30 million players to the Battleground of the Gods. SMITE features an ever-growing roster of 100+ Gods and Goddesses from pantheons around the world and throughout history, and is free to play on PC, Xbox One, PlayStation 4, and Nintendo Switch.

This is the second time Hi-Rez Studios and Nickelodeon have collaborated, following the successful Avatar: The Last Airbender Battle Pass released in SMITE earlier this year.

The Teenage Mutant Ninja Turtles Battle Pass will become available for purchase in SMITE next month.