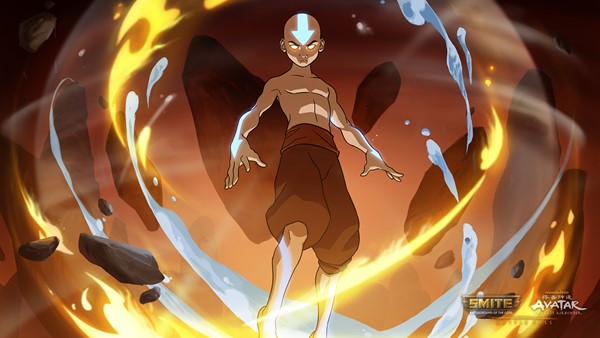 Overflowing with content and crowned with the all-new Battle Pass in partnership with Nickelodeon, the Mid-Season Update is set to top even the resounding success  of June’s Cthulhu release. 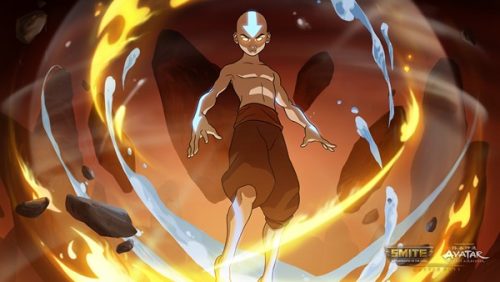 For many players, the Avatar Battle Pass is the centerpiece of this content-packed Mid-Season update.

Three of the main Avatar protagonists are now available in SMITE as God skins in the new Battle Pass. The Master Wizard Merlin becomes Aang, bending fire, air, earth, and water in a true show of Avatar power. Zuko wields his sword – and bends fire – as the Japanese god Susano. And Korra enters the Battleground of the Gods alongside pet polar bear Naga as the Norse Goddess of Winter, Skadi.

The Avatar Battle Pass has even more content themed around the series, ranging from an Appa ward skin to an emote honoring unlucky cabbage vendors. And for the most dedicated players, bonus prestige skins feature Aang and Korra in their Avatar states, and Zuko disguised as The Blue Spirit.

The Battle Pass is composed of a free track with rewards for all players and a Premium track which can be unlocked for 750 Gems. Both tracks progress as users play games of SMITE. All details can be found on the dedicated page of the official website.

SMITE storyline as the Battleground of the Gods begins to take the full measure of Cthulhu’s awakening. His noxious influence causes internal strife in the pantheons and all-out war looms on the horizon. The New Moon event will carry on through several updates, bringing more skins, quests and story developments. The entirety of the content can already be pre-purchased at a discounted price.

Meanwhile in the thick of SMITE’s jungle, monsters are determined to remind the Gods not to take them lightly—regardless of any cosmic abominations or prophetic elemental benders. Several jungle monsters now use active abilities in combat. Others take the struggle to the next level and have become downright aggressive, attacking intruders on sight. Junglers beware: there are strategic opportunities to seize here but death will come quickly to the unprepared.

In addition to this new mechanic, hundreds of balance changes have been implemented as a new Ranked Split begins: now is the perfect time to climb the ladder and figure out the new me

tagame in a refreshing competitive environment.

All details about the Mid-Season Update are available in the patch notes.