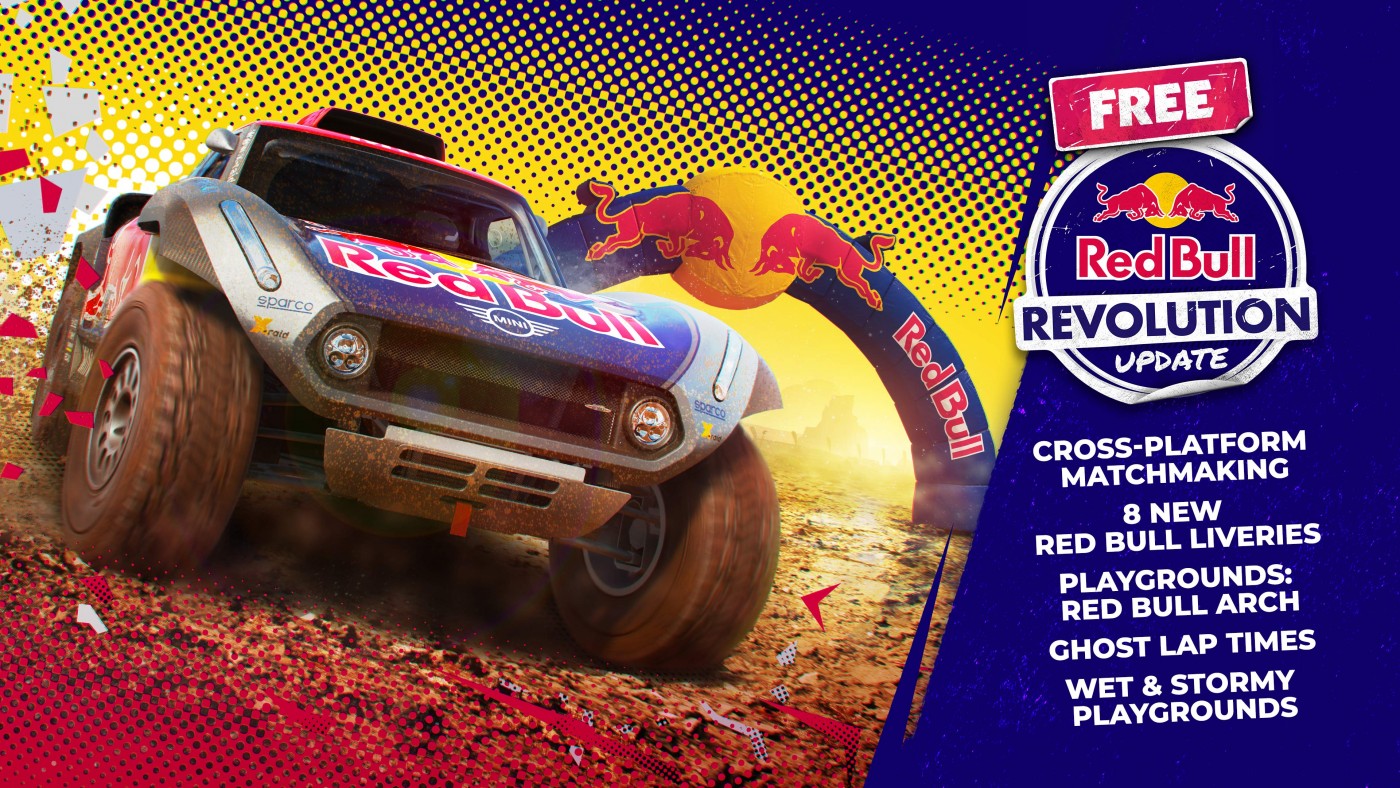 The global DIRT 5™ community comes together with the Red Bull Revolution Update – available to download now as a free update for all players*. Alongside several Red Bull-themed items, community-requested features such as cross-platform matchmaking and ghost lap times have been added. 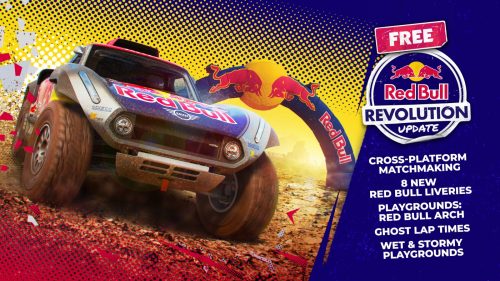 Marking a first for the DIRT series, cross-platform matchmaking has also been added with this update. Players searching in open lobbies on Xbox, PlayStation and PC platforms* will now compete simultaneously in both traditional racing and party modes.

Wet and stormy weather conditions have been made available in Playgrounds – adding an extra layer of customization to arena creation. Plus, another community-requested feature in ghost lap times is included for Gate Crasher and Time Trial events. Ghost lap times are the ideal tool for those wanting to climb to leaderboards in the pursuit of bragging rights between friends and the rest of the DIRT 5 community.