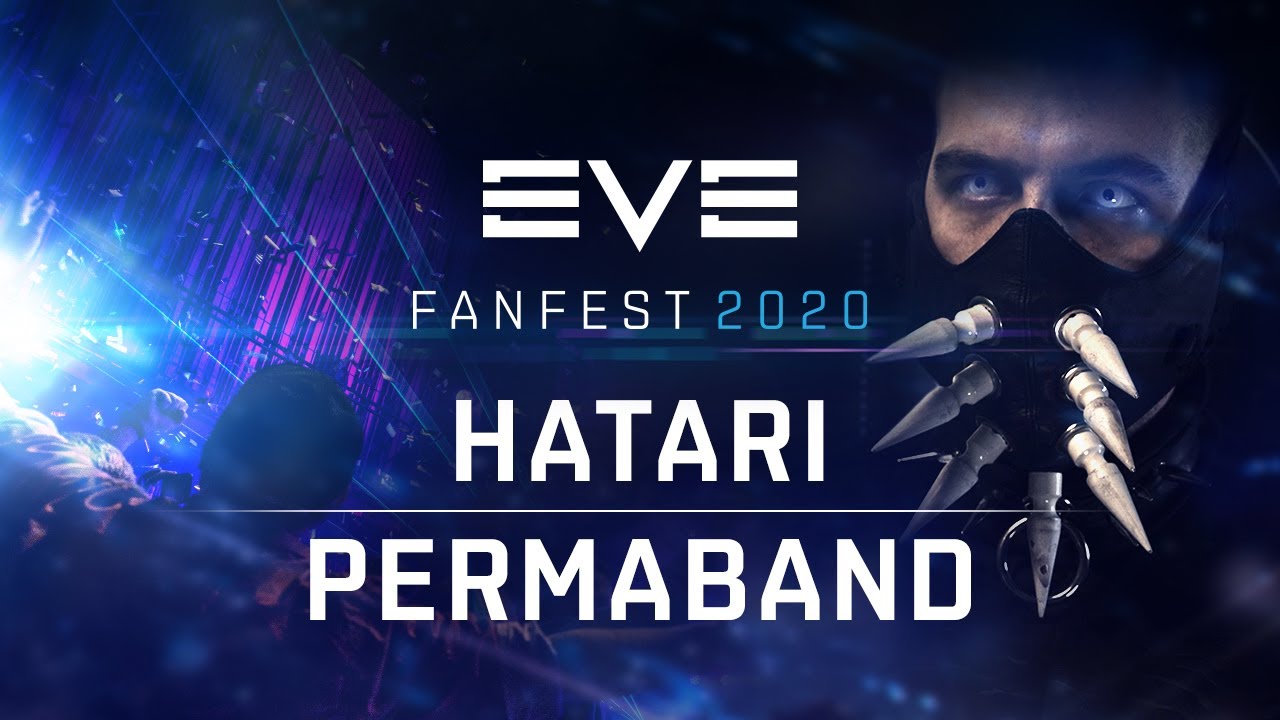 Featuring CCP Games’ own Permaband, Hatari are charting a course to headline EVE Fanfest 2020, held this year in Reykjavík, Iceland across 2-4 April. Tickets are still available to purchase.

Reuniting players in the home of EVE Online, EVE Fanfest welcomes the community back to Iceland after the hugely successful Invasion World Tour for the biggest and best Fanfest yet! Bringing players together for three incredible days, the greatest community event in gaming will celebrate EVE Online with amazing presentations, tournaments (including the Global Finals of the EVE Invasion World Tournament), parties and player camaraderie – capping off with performances by Hatari and Permaband at the Party At The Top Of The World!

EVE Fanfest 2020 is set to take place 2-4 April at the Harpa Concert & Conference Hall in downtown Reykjavik, Iceland, the birthplace of EVE Online, home of the EVE Online Development Team and the Worlds Within Worlds monument to EVE Capsuleers.

“After a madcap year of hopping around the planet, we thought we’d bring it all back to CCP and EVE’s hometown” said Bergur Finnbogason, Creative Director of EVE Online. “We can’t wait to celebrate Fanfest’s return to Iceland and share all of New Eden’s latest developments with our dedicated community. I for one am really looking forward to our infamous pub crawl, especially after we gave Reykjavik a break last year to rebuild!”

EVE enthusiasts can purchase tickets at Eventbrite, where prices start at $190. Flights and recommended accommodation can be found on the Fanfest website, including offers from approved hotel partners.

About EVE Online®
EVE Online (PC/Mac) is a compelling, community-driven spaceship MMO game where players can build and pilot a wide variety of starships, traversing vast solar systems for free and choosing their own path from countless options, experiencing space exploration, immense PvP and PvE battles, mining, industry and a sophisticated player economy in an ever-expanding sandbox. EVE is a captivating game in which hundreds of thousands of players compete for riches, power, glory and adventure, forging their own destinies in a single thriving universe. For more information, visit www.eveonline.com.