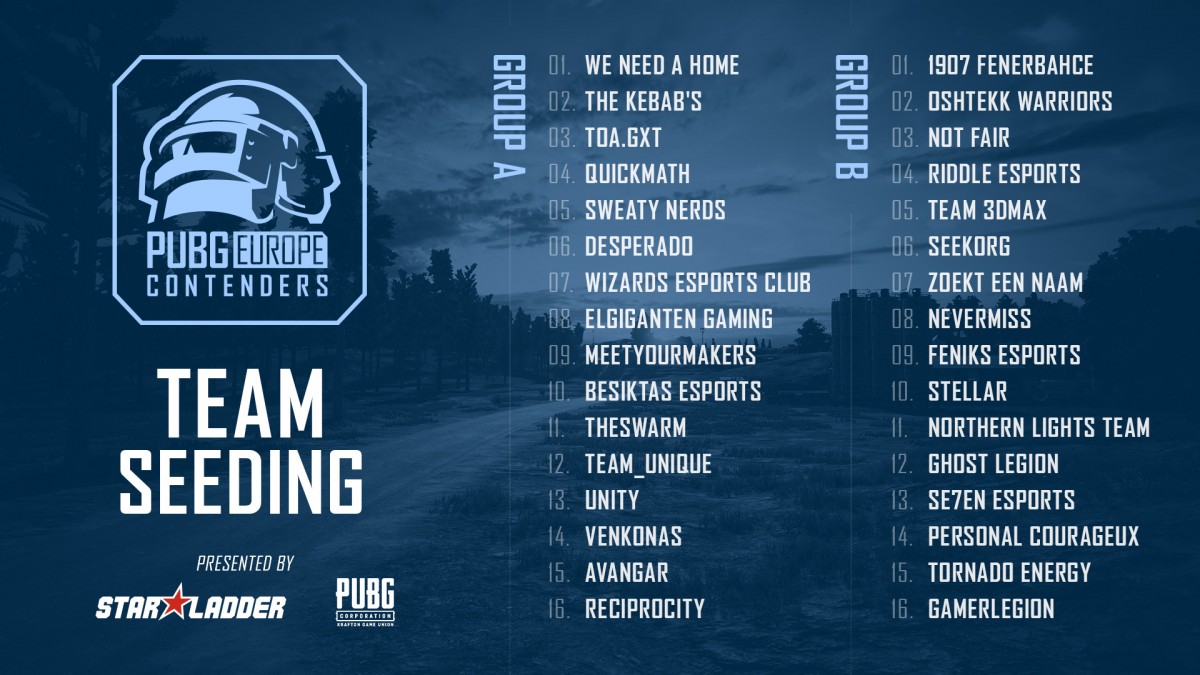 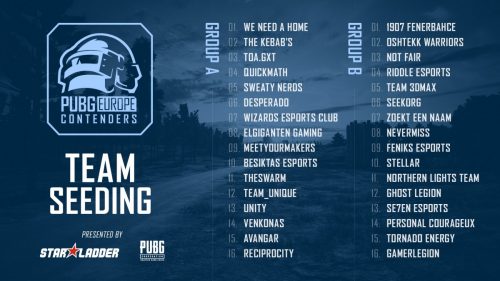 Before PUBG Europe League Contenders kicks off on February 21st, teams were seeded for the group stage of Phase 1 at the Official PEL Twitch Channel.

Thirty-two teams from Europe West (14), Europe East (7), Middle East and Africa (6), and the PEL LAN Closed Qualifiers (5) will compete for a slot at an off-season tournament starting from February 21st. These teams are seeded into two groups as shown on the image above. The team seeding was broadcasted on the official PEL Twitch channel last week.

Here are the official results of the PEL Contenders group draw: