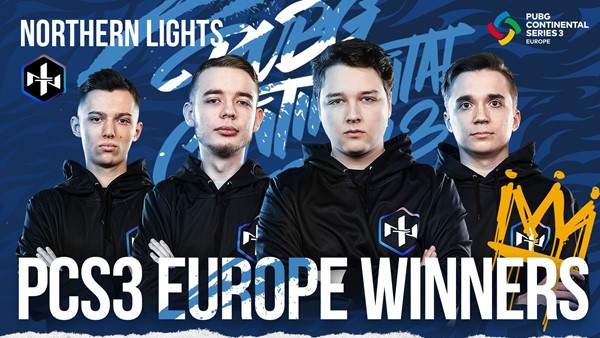 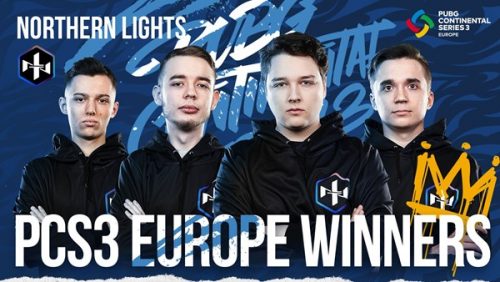 The rest of the prize pot will be split between the other Grand Finalists, with teams who competed in the Group Stage also receiving payments. In addition to the $200,000 prize pot, PCS3 Europe teams will also benefit from the Pick’Em Challenge, with 25% of revenue from global in-game PCS3 item sales being distributed among teams in Europe and other regions.

The Grand Finals took place across three weekends, where rosters played one another over 24 matches. The first four match days were dominated by three teams, with Northern Lights, Tornado Energy and Digital Athletics leading early on, and heading into the final weekend with only 10 points separating the sides.

The three teams kept up their momentum, with Northern Lights and Digital Athletics picking up the first two wins of Day 5, and PUBG esports heavyweights FaZe Clan and Natus Vincere also winning a match each. In one of the most memorable matches of the day, Digital Athletics’ CodeMarco took 9 kills, inflicting significant damage on his opponents. Fans were also treated to an outstanding performance from Fuzzface in a 13-kill win for FaZe Clan.

The excitement continued on Day 6 as Northern Lights and Digital Athletics staked their claim for the PCS3 Europe title. Northern Lights took the first win of the day, however were knocked out early in the second match. This allowed Digital Athletics to once again turn up the pressure, winning the second match and taking 7 kills along the way. Team Liquid secured an impressive win in the third match of the day, meaning rosters had everything to play for in the final game. Team Liquid also won the last match of the tournament, climbing above Digital Athletics to take second place, but it was not enough to secure the title. Northern Lights were deservedly crowned champions after consistently outperforming their opponents over the course of PCS3 Europe, and having an excellent closing weekend.

That wrapped up the last of the four PCS tournaments of 2020, and fans can now look forward to PLAYERUNKNOWN’S BATTLEGROUNDS Global Invitational (PGI.S) – a live PUBG esports tournament taking place in South Korea with a $3.5 million USD prize pot.