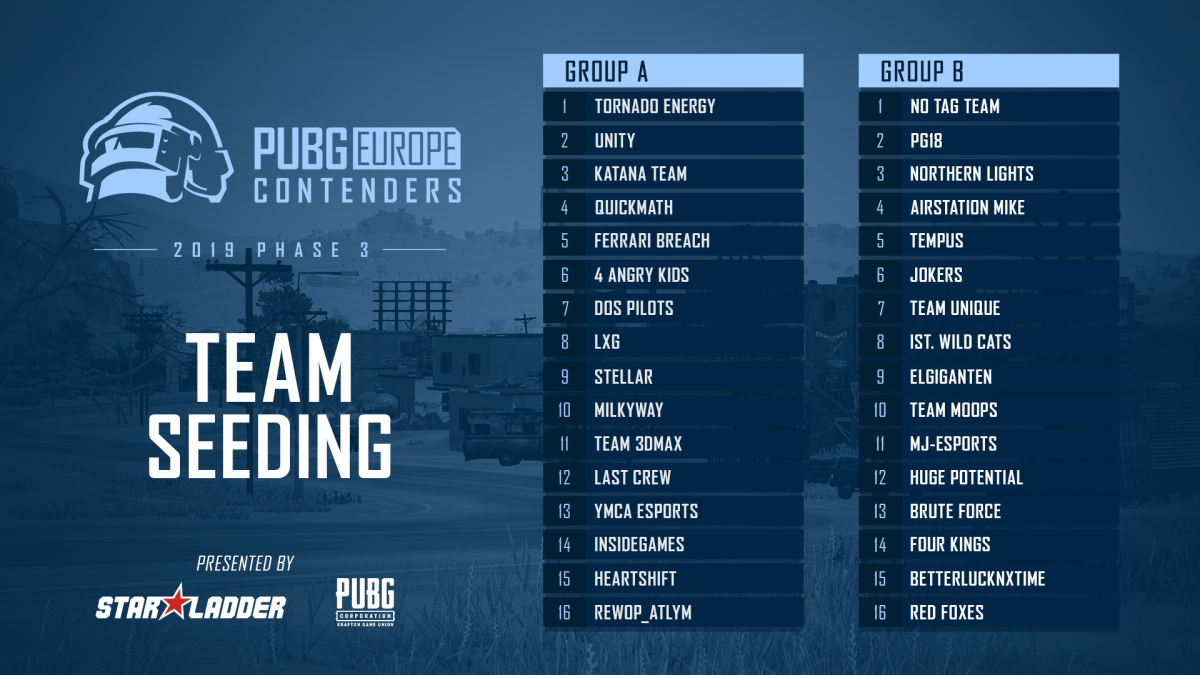 Phase 3 of the PUBG Europe League is just around the corner, placing some of the very best PUBG players from around the Europe on display once again. The PEL Contenders lobby has been formed by thirty-two teams eager to climb the ranks. Multiple teams will be making their Contenders debut this phase, while others return to take another shot at ultimately advancing into the PEL. With so much happening away from the battlegrounds, let’s take a quick look at what’s in store for the upcoming phase.

While the format remains familiar, adjustments have been made to the schedule. Similar to the last phase, thirty-two teams are split into two groups of sixteen. Each group will play 32 matches beginning on August 21. The group stage will conclude on September 12, sending the top eight teams of each group into the Finals. 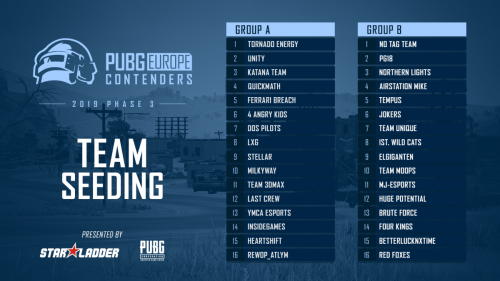 The sixteen qualified teams will advance into the PEL Contenders Final, where they’ll play forty-eight matches over a three week period. Through the first two weeks of the Final, four matches will be played each day Monday-Wednesday, with five matches being played on Thursday. The final week will have four matches played on Monday. However, five matches will be played to close out the tournament on Tuesday and Wednesday.

Be sure to tune-in at 19:00 CEST for all of the action during Phase 3 of the PEL Contenders. The leaderboard is always only one game away from shuffling, so don’t miss a match!

Follow the PUBG Europe League on social media to see all of your favorite players and teams: