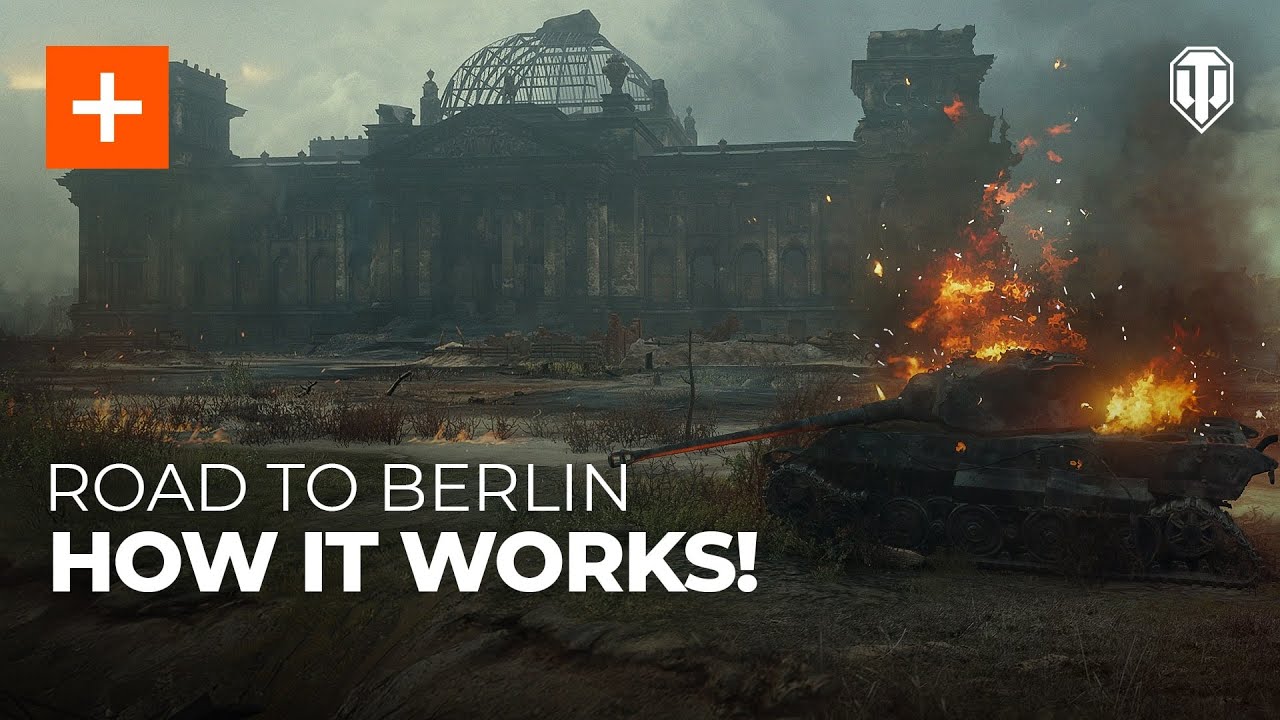 To commemorate the 75th anniversary of the armistice that marked the end of the Second World War in Europe, World of Tanks is introducing a brand-new PvE mode: Road to Berlin — running from May 4th to 18th.

Tankers will have the option to join one of 5 different Units (Soviet, American and British). Each unit consists of three middle-tier vehicles of the same type and has a set of Combat Boosts, such as Airstrike, Artillery Strike, Special Shells, etc., to fight with enemies more efficiently. Once a player has made their choice, they will team up with four other commanders to take on AI-controlled adversaries.

Each battle has 5 sequential objectives, or Battle Missions, where players will need to harness a variety of battle tactics, from capturing to defending special zones to toppling the opponents and finally defeating enemy commanders.

Battles will take place on four maps that have been crafted specifically for Road to Berlin, including the brand-new Berlin map. Three of them will be available from the start; however, the Berlin map will only become available from late into the evening of May 8th, the time when the ceasefire became official 75 years ago.

“The end of the Second World War in Europe is a key part of global history,” states Max Chuvalov, Publishing Director, World of Tanks. “By creating this mode, we intended to remind people all around the world of this anniversary.”

As players progress in the mode, there are a variety of rewards to unlock, including Decals, Bounty Equipment and a special Medal. Those who can prove themselves in the mode, will be rewarded with the grand prize: the IS-2 with spaced armor.
About World of Tanks
World of Tanks is the first team-based, massively multiplayer online action game dedicated to armored warfare. Throw yourself into the epic tank battles of World War II with gamers all over the world. Your arsenal includes over 600 armored vehicles from 11 nations, carefully detailed with historical accuracy.