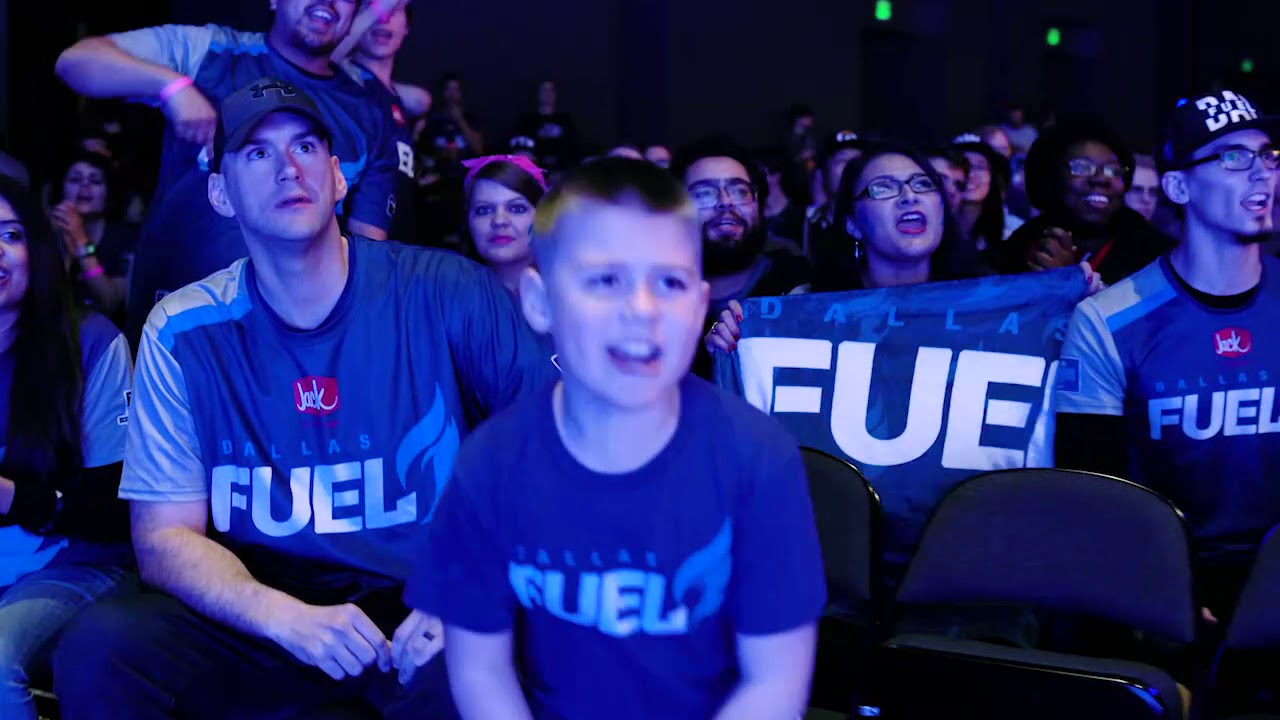 budding esports rivalry will get a Texas-sized jolt of energy this May as the Dallas Fuel and the Houston Outlaws, two professional esports teams competing in the Overwatch League, collaborate to launch a first-of-its-kind esports skills and team competition series on television stations throughout Texas. The Lone Star Showdown presented by Samsung will feature three weeks of Dallas v. Houston challenges to determine who are the best esports players in Texas and crown either the Dallas Fuel or Houston Outlaws as the top Overwatch team in the state.

TEGNA Inc., which owns WFAA-TV Channel 8 in Dallas and KHOU-TV 11 in Houston, will broadcast a weekly docuseries of original episodes chronicling the competition. Viewers with go behind-the-scenes with the Dallas Fuel and Houston Outlaws to see what life is like as a professional esports player or coach competing at the highest level in a global sports league. Television features will explore how esports continues to reach new fans.

“Texas is truly a hotbed for esports. Dallas was the first esports team to host a home match and now we’re teaming up with Houston for another esports first: launching a multi-platform, statewide challenge series,” said Mike Rufail, owner and CEO at Envy Gaming, Inc., the organization that owns the Dallas Fuel. “It’s only fitting that Texas would take esports rivalries to the next level.”

Launched in 2018 and now in its third season, the Overwatch League is the first global esports league with city-based franchise teams, emulating traditional sports organizations. The Dallas Fuel and the Houston Outlaws are founding organizations in the league. Teams rosters compete in Overwatch, a six-on-six team-based action game. Today, the Overwatch League has 20 teams across the world, with players competing for an annual championship worth $1.5 million.

“We are thrilled to be partnering with the Dallas Fuel and TEGNA’s Texas stations to bring fresh sports competition and entertainment back to our fans and TV viewers,” said Beasley Esports Chief Operating Officer Lori Burgess. “Video gaming is hotter than ever and professional esports is taking center stage this month in Texas with the inaugural Lone Star Showdown presented by Samsung. New fans can expect a battle worthy of champions.”

Sponsors that have signed on to support the Dallas and Houston series including Samsung, H-E-B, Favor, Jack Link’s, Zenni Gaming and Acer’s Predator gaming line.

For more information on the Lone Star Showdown presented by Samsung, visit dallasfuel.com or Outlaws.gg.

Lone Star Showdown presented by Samsung – How to Watch on TV

TEGNA’s Texas television stations, including WFAA-TV Channel 8 in Dallas and KHOU-TV 11 in Houston, as well as stations in Austin, Waco and San Antonio, among others, will air the three-part docuseries (May 9, May 16, May 23) highlighting the exclusive features and human-interest stories, while also providing highlights of weekly challenges. Each episode will be one hour and beings at 12 p.m. CST. For a full list of TEGNA stations airing the Lone Star Showdown presented by Samsung, check your local TV listings.