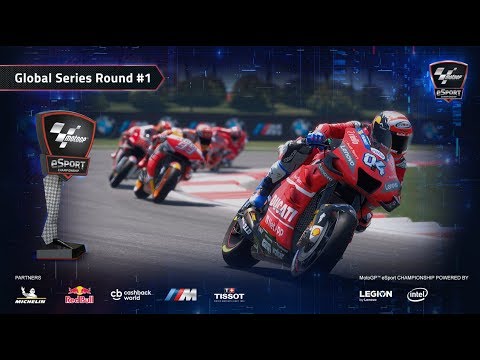 After three months of online selection, six Online Challenges, three Pro Drafts and as many as four million kilometres covered by the best gamers around the world’s most spectacular tracks, the final phase of the 2019 MotoGP™ eSport Championship is finally here.

The Global Series will be contested between 12 of the world’s fastest gamers across three weekends, held at existing MotoGP™ rounds, and will comprise of six races. The gamer with the most points after the sixth and final race will hoist the third ever MotoGP™ eSport Championship above their head.

Six countries – Spain, Italy, Belgium, Brazil, Australia and Indonesia – are represented in the Global Series. And in a new feature for 2019, each of the 12 riders will represent one of the current MotoGP™ teams, adding to the prestige and drama of the occasion.

The first round comes from the Misano World Circuit Marco Simoncelli during the #SanMarinoGP, with qualifying taking place on Thursday 12th September. That will act as a prelude to the first Live TV Show of the season with two ten-lap races, which get underway on Friday 13th at 7.30pm local time (GMT+2).

The 12 gamers will negotiate the famous Mugello circuit for race one before taking on the ultra-fast, undulating Red Bull Ring in Austria for the second bout.

Not only will the eventual World Champion have the honour of holding that title, but they will also be the recipient of a BMW M135i xDrive Coupe.

There are a host of exciting prizes with the runner-up prize of a new Yamaha YZF-R3, and a third place prize courtesy of MotoGP™ eSport partner Lenovo™. The stakes are higher than ever as gamers worldwide battle to become the third MotoGP™ eSport World Champion.