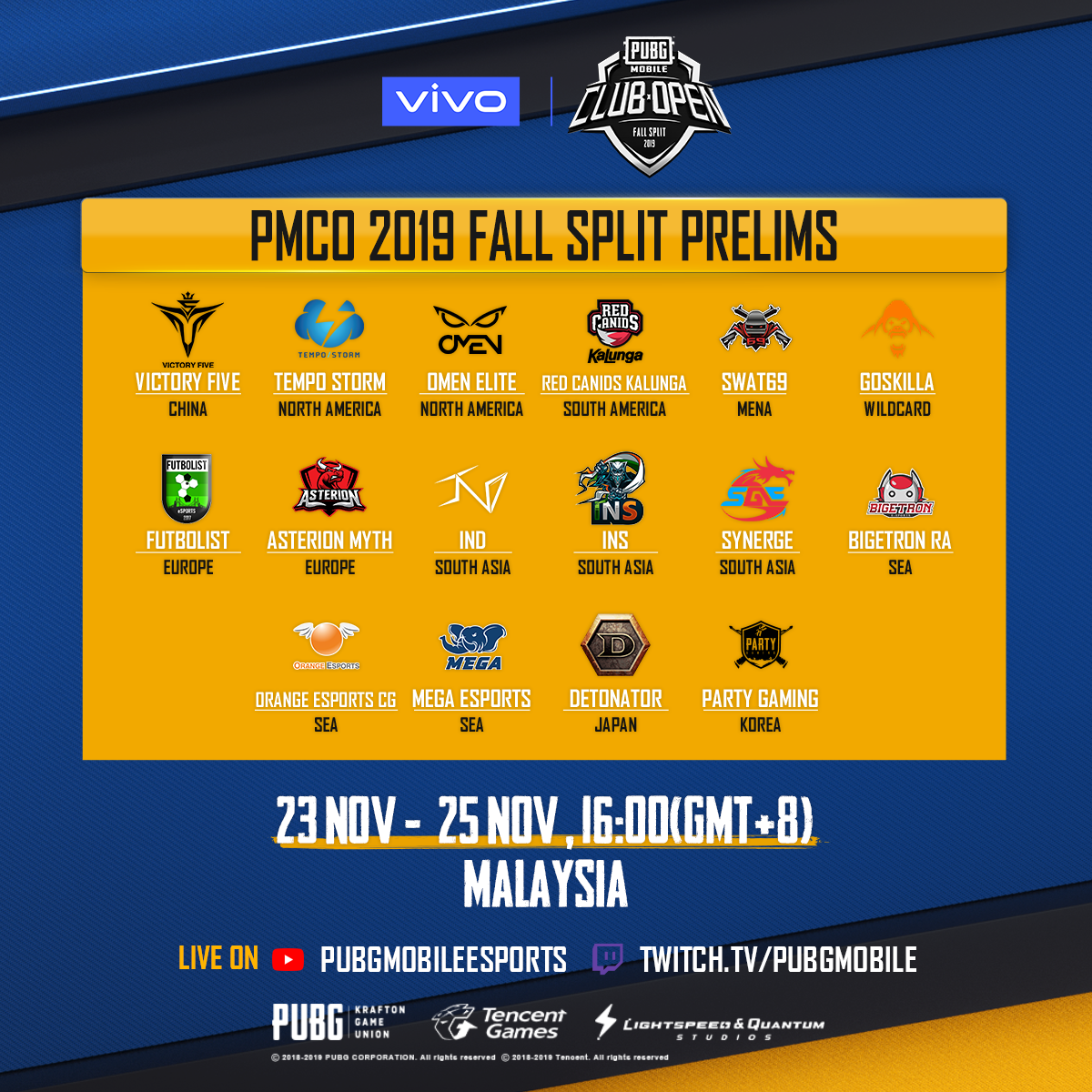 After several months of intense tactical tournament, the stage is now set for the PUBG MOBILE Club Open 2019 Fall Split Prelims. Today PUBG MOBILE revealed the 16 squads who have qualified from regional finals to compete for a chance to share a slice of the massive $2.5 million total prize pool. From Saturday, Nov. 23 to Monday, Nov. 25, the 16 teams will battle to earn their place for three available slots of the PUBG MOBILE Club Open 2019 Fall Split Global Finals.  Fans can also now vote for their favorite of these teams for a chance to win in-game rewards, as well. 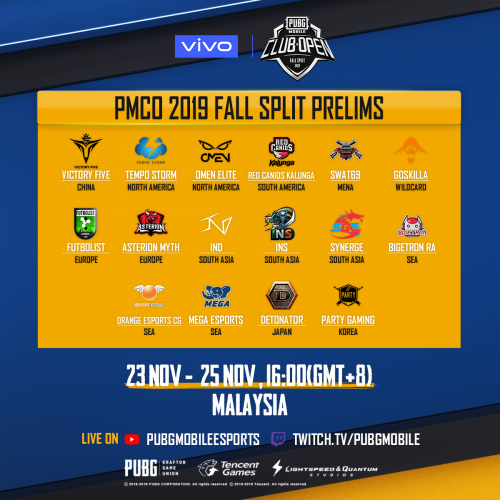 The 16 teams that will move on to compete in the PUBG MOBILE Club Open 2019 Fall Split Prelims include:

The PUBG MOBILE Club Open 2019 provides a path for aspiring semi-pro to become esports professionals and the chance of a total prize pool of $2.5 million USD. The PMCO 2019 Fall Split Prelim matches from Saturday, Nov. 23 through Monday, Nov. 25 and the Global Finals from Friday, Nov. 29 to Sunday, Dec. 1 will take place at the Putra World Trade Center (PWTC) in Kuala Lumpur, Malaysia.