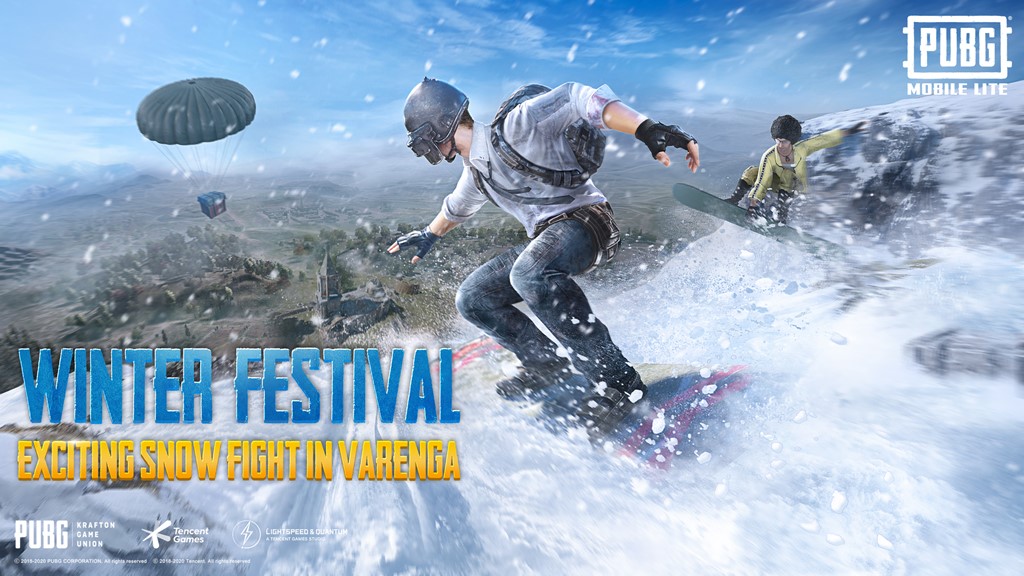 The 0.20.0 PUBG MOBILE LITE content update delivers several wonderfully wintry additions, all available for free. To kick off the season, players can deploy cover with throwable frozen eggs and duke it out for cold chicken dinners on a snow-covered version of Varenga. Version 0.20.0 also introduces exhilarating snowboarding gameplay, allowing players to traverse in style on Spawn Island. Today’s update also includes a cool (literally) addition to Varenga, with the introduction of a new area called “Winter Castle.” PUBG MOBILE LITE is now available to download and play on the Google Play Store in several regions of South Asia, Africa and East Europe. PUBG MOBILE LITE boasts a smaller download size and supports more mobile devices with less RAM without compromising the gameplay experience. PUBG MOBILE LITE features a smaller map made for 60 players, which means a faster-paced game that keeps the traditional PUBG style of play.