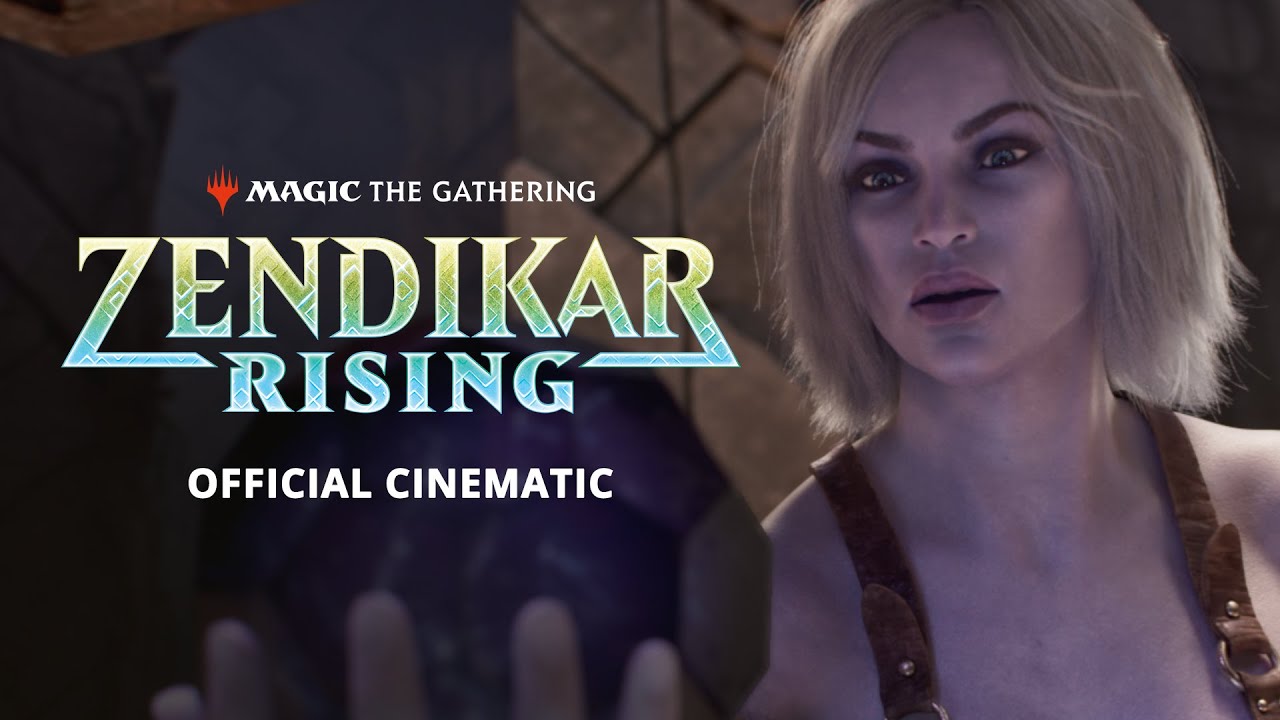 Wizards of the Coast unveiled details for its upcoming slate of Magic: The Gathering releases through 2021. The Magic team previewed the highly anticipated set Zendikar Rising – releasing on MTG Arena September 17 and September 25 for tabletop – by showing off first-looks at brand-new cards, new and returning card mechanics, and the set’s booster packs. The company also revealed exciting collaborations with AMC’s “The Walking Dead” and K-Swiss, set names and graphics for 2021, teased Magic: The Gathering Arena release on mobile, and much more.

The announcements were part of the Zendikar Rising Debut Moment, a streamed event giving Magic players a look at what’s ahead for the entire brand, ensuring there’s something coming for everyone regardless of how they play.

Zendikar Rising takes players back to the popular world where a new adventure lies around every corner. Over 20 Zendikar Rising cards debuted today, including all-new powerful Planeswalkers cards for Nahiri, and Jace, with art for a new Nissa. Players also got a glimpse of returning gameplay mechanics Kicker and Landfall, as well as new ones: Party and Modal Double-Faced Cards. Booster Fun and Set Booster packs were also previewed.

Set Roadmap for 2021
Also revealed today were upcoming sets in 2021:

Magic: The Gathering X K-Swiss Limited Edition Sneaker
In collaboration with K-Swiss, the American heritage tennis brand, Magic unveiled a limited edition sneaker inspired by the iconic look of one of its most beloved characters, Jace Beleren. The reimagined Gstaad ’86 sneaker is crafted with premium leather overlays and underlays that are accented by glow-in-the-dark elements — the leather collar lining, printed designs, rubber outsole and extra laces. Metal lace clip-ons modeled after Jace’s character design and a debossed Magic: The Gathering logo at the tongue and a sublimated sockliner of Jace’s artwork complete the magical reinvention of this classic K-Swiss style. They are packaged with a special-edition box and tissue paper. The limited run sneakers go on sale exclusively on Hasbro Pulse.

Check out the DailyMTG for more information.

ABOUT MAGIC: THE GATHERING
Magic: The Gathering’s compelling characters, fantastic worlds, and deep strategic gameplay have entertained and delighted fans for more than 25 years. Fans can experience Magic through the tabletop trading card game, the new digital game Magic: The Gathering Arena, a New York Times bestselling novel, critically acclaimed comic book series, and professional esports league. With over 40 million fans to date, Magic is a worldwide phenomenon published in eleven languages in over 70 countries.