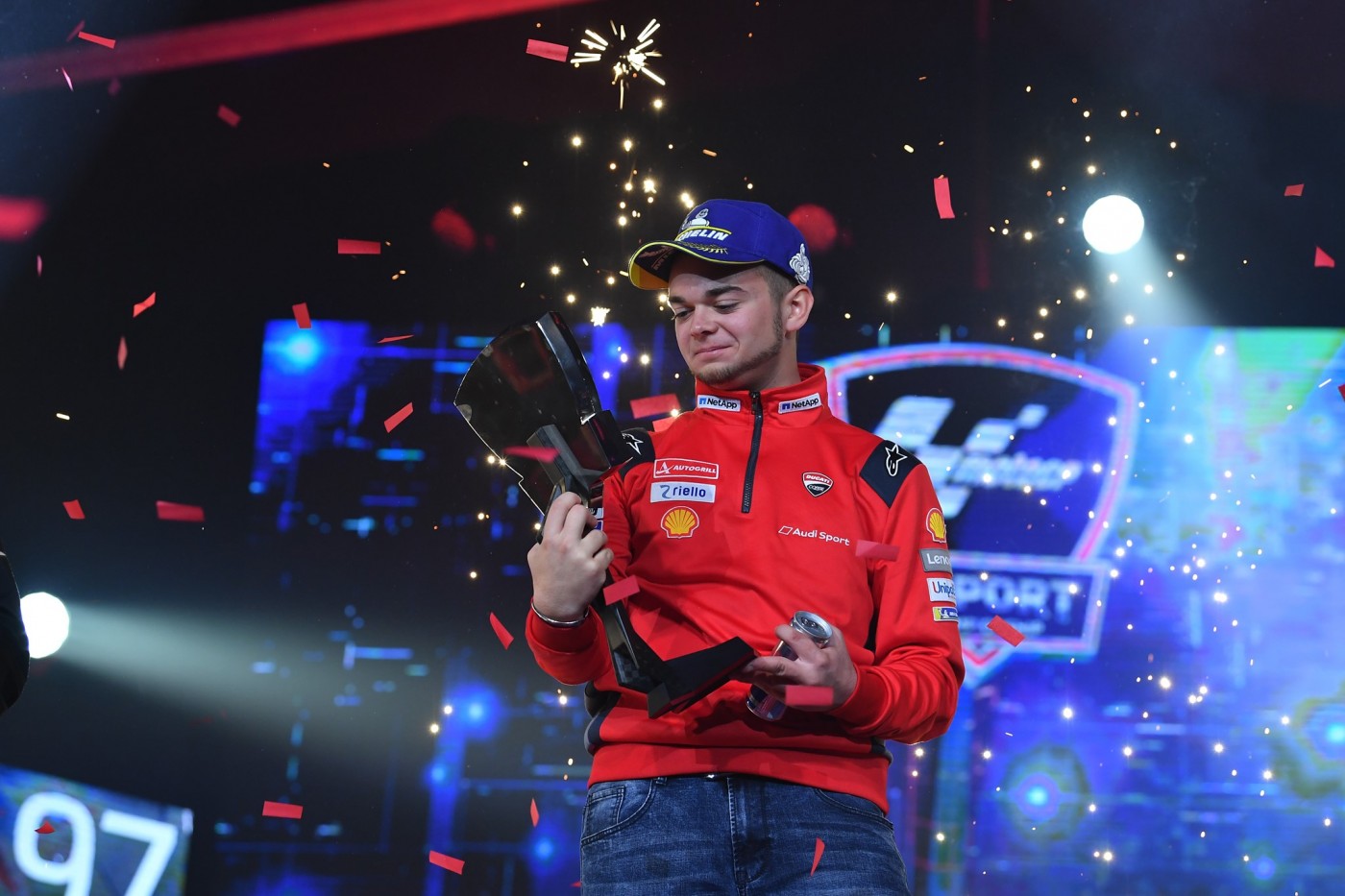 The three title contenders delivered the drama in a thrilling finale that went all the way to the final corner of the final race.

AndrewZh is the new MotoGP™ eSport World Champion thanks to two faultless performances in a thrilling Global Series finale at the #ValenciaGP that went all the way to the final lap of the final race of a vintage season of racing. 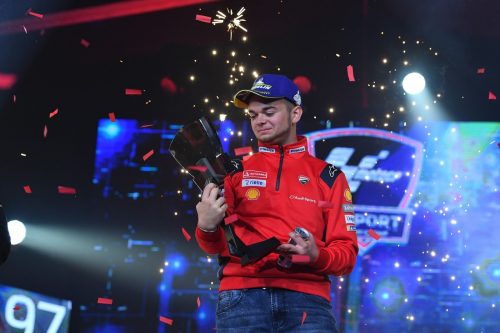 The Ricardo Tormo Circuit in Valencia, Spain played host to a star-studded final round, which featured appearances from three MotoGP™ riders, a roster of glitzy prizes and high drama than had all in attendance on the very edge.

In the end just five points covered the first three riders – Ducati Team’s AndrewZh, Monster Energy Yamaha MotoGP’s trastevere73 and Cristianmm17, representing Team Suzuki ECSTAR – in the championship after three action-packed rounds in the Global Series. All three contested the podium places in the final race, with the victory fight going right the way to the final corner.

Before the lights went out for race one, 2013 Moto2 World Champion and  Red Bull KTM Factory rider Pol Espargaro took to the stage to offer the finalists tips on how to attack the Phillip Island Circuit, the scene of the first of the evening’s two races. Having dominated the intermediate class outing there in 2012, the Spaniard was better placed than most do so.

After a brilliant finale, all three contestants will no doubt be back for more in an expanded eSports Championship that returns for a fourth instalment in 2020!