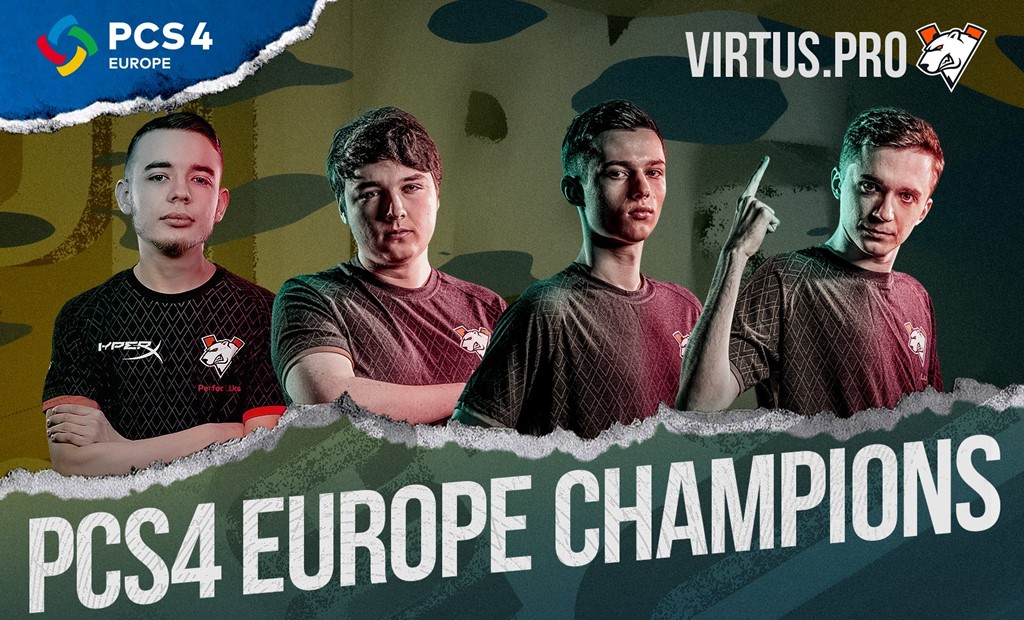 KRAFTON, Inc. recently announced Virtus.pro as champions of PUBG Continental Series 4 (PCS4) Europe. On Sunday 27 June, after three weeks of high-level and intense battle royale action, the roster proved to be PCS4 Europe’s strongest team and took home more than $36,000 of the over $250,000 prize pool – as well as an extra $20,000 as the series winner, and a $5,000 special prize for being the event’s ‘Insane Squad’.They were crowned winners due to the fact they secured the largest share of the tournament’s base prize money. 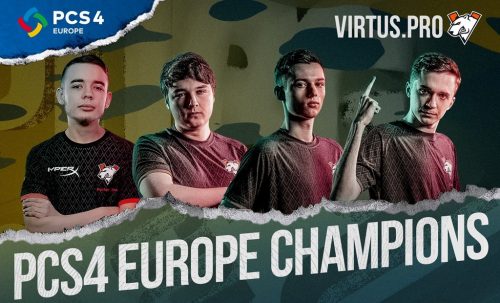 In addition to the prize pool, all PCS4 Europe teams will benefit from the Pick’Em Challenge, with 30% of revenue from global in-game item sales being distributed amongst Europe, Americas, Asia and APAC. See below for a full tournament recap.

Virtus.pro laid down a marker early, dominating the first weekend to top the leaderboard with two wins and 94 kill points. The roster performed with great confidence, finding a good balance between playing aggressively and strategically. Experienced player Lu stood out for both his flair and effective use of grenades.

Team Liquid and FIVE also excited fans throughout the weekend. Both teams decided to loot the same locations during the early rounds of matches, frequently engaging in early battles and building up a fiery and intense rivalry.

Virtus.pro’s impressive performance meant the roster took home $20,000 of prize money. NAVI and Exhalation finished in second and third place and were awarded $14,000 and $10,000 each.

It was AfterAlt who finished top of the leaderboard in week two, taking an impressive three wins and 45 kill points.

Heroic finished up in second place, securing two chicken dinners and 79 kill points – the most from any of the 16 teams competing over the course of the weekend. British player Teabone particularly stood out as he topped the kills, damage and knocks leaderboards over the 12 matches.

Virtus.pro’s strong performances continued, this time finishing in fourth place to ensure the roster were still in the running to win the event.

Team Liquid enjoyed an excellent start to the weekend, beating off the competition to win the first two matches and stake their claim for the lion’s share of the weekend’s prize pot. Despite the strong start, the roster were unable to win any other matches, allowing their rivals the opportunity to cut down their early lead. Virtus.pro once again stepped up their game, winning matches three and 10 to put themselves into an enviable position.

After the conclusion of the final match, Virtus.pro were crowned the overall champions of PCS4 Europe. The rosters’ performances throughout the tournament were too strong for their competitors. Virtus.pro finished the PCS4 Europe Grand Finals with a total of five match wins – earning them $36,000 in prize money, plus an additional $20,000 as the series winner and another $5,000 for being named PCS4 Europe’s ‘Insane Squad’.

Additionally, the team were also awarded 450 PUBG Global Championship points which will help Virtus.pro to qualify for 2021’s biggest PUBG Esports event. Team Liquid, Redline and AfterAlt completed the top four, finishing the tournament with $28,000, $25,000 and $20,000 in prize money.